How to get rid of acid rust

Removing rust with cola - a myth? 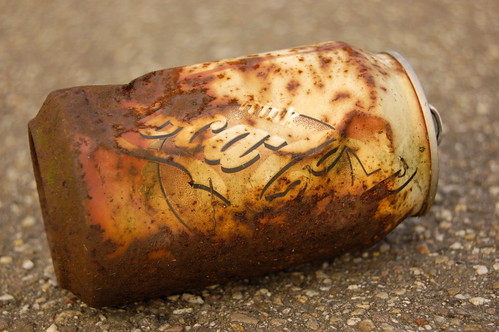 There are many "expert opinions" on the Internet on this subject. But what is it about Grandma’s household tip for removing rust?

Unfortunately, cola can only be used to a limited extent to remove rust, as the phosphoric acid contained in cola is only available in a weak dose. The concentration is much lower than with conventional chemical rust converters. The rust is not dissolved in this process, but forms a chemical bond with the acid. The mixture is too weak to penetrate the deeper layers of rust. When removing the rust, only the top layer is converted and Cola is therefore suitable for flash rust. This uppermost, converted rust layer prevents the weakly concentrated phosphoric acid from penetrating further. Since the carbon dioxide also makes its contribution, the liquid should be renewed in between (10-24 hours). The ARD has also made an interesting video about this. Instructions on how to get rid of rust stains with cola can be found here.

The exposure time is at least 1 to 2 days for proper rust removal. After that, the metal surface may look dark and matt. This happens due to the chemical process that is caused by the combination of phosphoric acid and rust / metal. Cola is also suitable for processing chrome, which makes the metal shiny again.

To optimize the use of cola to remove rust, you should take crumpled aluminum foil, soak it in the cola and use it to rub the grate surface. This favors the ion exchange between the two metals and increases the effectiveness of the phosphoric acid.

What hardly anyone knows:

The citric acid contained in lemonade is better suited for removing rust than cola (phosphoric acid). You can use any brand for this or you can do it like a pro: In every supermarket there is concentrated citric acid, which is also suitable for consumption. However, we would advise against it, because otherwise your mouth will roll itself inside out into the oral cavity. This concentrated acid, which is harmless to humans, is normally suitable for consumption in sparkling water or other beverages. The acid can usually be found in small green bottles or packaging that look like a yellow lemon. A 20% solution would be ideal for removing rust.

If none of that helps, we also have a selection of test reports about rust converters, which you can find here.

And the most popular rust converters from over 25 million Amazon customers can be found here! 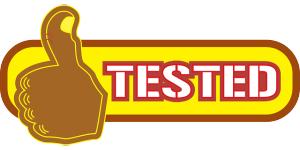