Should we expose ourselves to extraterrestrials

Article for an American SciFi magazine about extraterrestrial intelligences:

Do we have to be afraid?
We meet them again and again on the screen: the warlike aliens. What would happen if we really did encounter a superior alien race? How realistic is such a war of the worlds? 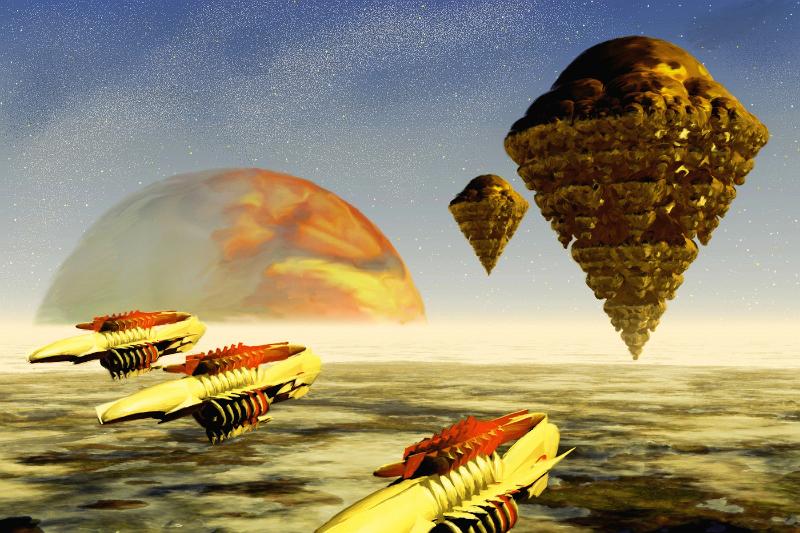 Whether “Independence Day” or “War of the Worlds”, whether “Star Trek” or “Star Wars”, warlike aliens are omnipresent. For many people that makes it not exactly desirable to venture into space or to look for neighbors in space with programs like SETI. Why should we expose ourselves to such a danger by drawing attention to ourselves?

But is this fear even realistic? Do we really have to fear confrontations with foreign intelligences?

Not really.
And the reason for this is not simply due to the fact that the upper limit of the speed of light makes it seem unlikely at the moment that we will actually encounter alien civilizations. Because it is by no means conclusively clarified that we can never overcome this limit. Some ways to do this have already been suggested in the science fiction literature and who knows what the future will really hold

The reason why we don't have to fear is completely different:
Space travel is an endeavor that no individual can accomplish. It takes the effort of a whole society. You don't just fly to Alpha-Centauri as you used to sail quickly to India. Conquering space is not an excursion, but rather like the growth of a plant. The roots are - at least in the first centuries - the earth's ecosystem, the trunk are human space technologies with space stations and supply ships, etc. Mankind grows into space. There is no other way to accomplish this endeavor.

This only works as a global society and cannot succeed as long as we are divided into nations and competing cultures.

Every society is based on division of labor; Division of labor is based on communication; Communication is based on empathy. We understand other people by simulating them with the help of our mirror neurons. Hence, we can know what it feels like to be the other. This ability is necessary for survival as a baby and relates initially only to the mother, then to the close relatives, then to the social community in which one lives, etc. With increasing spiritual development, the circle of those with whom one is able to empathize increases.
Of course you always encounter enemies who contest your living space and who you have to fight - and of course always hostile nature, from which you have to wrest your right to live.
But with the advent of modern technology, hostilities have become more dangerous to our survival than cooperation. If we do not manage to unite humanity politically and in terms of social standards, we will never be able to develop into a space-traveling civilization. Social injustices will always lead to conflicts that throw us back to the surface of the earth if we want to reach for the stars. But the nature of our planet must also be included in this compassion. As long as we are not yet in a position to allow animals to have a conscious inner life, we will also have difficulties recognizing such an inner life to a sufficient extent in aliens. And as long as we do not learn to use resources sustainably, we suck the life out of the ecosystem. If we do not manage to overcome these hurdles, we either destroy each other in nuclear wars or we destroy the basis of our survival with the ecosystem.

So we will either be an all-empathic civilization doing space travel or we will self-destruct in one way or another.
There are no shades of gray in between. 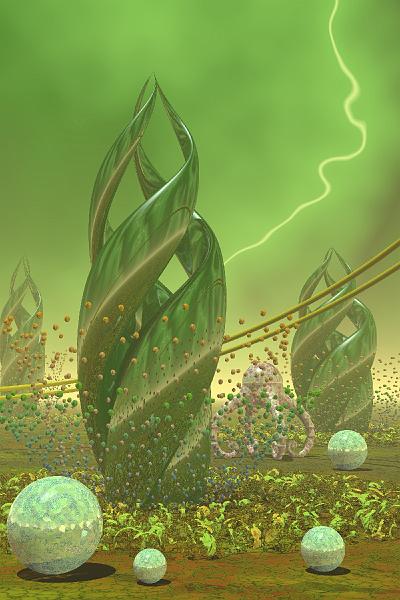 Insect states seem to contradict this view. They are perfectly organized socially and yet belligerent. In fact, in films and novels, hostile aliens are often organized like insect states. But there is one crucial difference between us and insect societies: insect states are treated like individuals by evolution. Evolution does not affect the development of the organism of individual animals, but rather the overall organization of the state. That is, a single ant has no idea how the state of which it is part is organized. Therefore evolution cannot allow such a single animal to have an individual will and free intelligence. However, these are necessary when it comes to understanding natural laws and developing technologies. On the one hand, we need the greatest possible degree of personal freedom and egoism in order to be able to conduct science at all and, on the other hand, an understanding of social contexts and comprehensive, individual empathy in order to be able to cooperate altruistically with one another. Insect states will therefore never be able to do space travel.

What does that mean in relation to our image of aliens? They too will either be all-compassionate or they would never have made the leap into space. This is a natural process of the evolution of civilizations:

So when civilizations meet in space, then war is the most unlikely scenario.
And even in the event that a space-faring civilization should encounter a society that has not yet reached this stage of development, its understanding of this more primitive species will be so comprehensive that it avoids any contact in order not to risk conflict. Enslavement, colonization, domination or simply exploiting other living beings for one's own benefit is inconceivable in a space-traveling consciousness. Seen in this way, it could well be that we have been observed by aliens for a long time and still do not notice anything about them.

If we have understood these connections, then we also recognize the guidelines to which we have to orientate ourselves politically and socially with regard to our own social development in order to make humanity mature to become a cosmic civilization.

The first step is a commitment to global citizenship.
We are ONE humanity.