How could airlines be more environmentally friendly?

9 ways to make your flight greener

Would you like to watch whales in the Pacific? Do not hesitate and book the tour. Do you dream of a hike through the Brazilian rainforest? Achieve Your Dreams. How about on a beach buggy through the Sahara? Here we go!

Thanks to the internet, documentaries and social media, we are more aware of the wonders of this world than ever. Getting to these wonders is also easier than ever - and more and more people are traveling to international destinations. 300% more people fly today than in 1990.

It cannot be denied that traveling is a burden on the climate. You don't have to throw your travel plans overboard, though, as we've researched these nine options that can reduce your carbon footprint on your next adventure.

Unless you're exploring a new city or visiting friends on a layover, there is no reason not to take a direct flight anyway, is there? Direct flights not only reduce your valuable time at airports, but also reduce CO2 emissions.

Usually, a large part of the CO2 emissions of a flight are released during take-off and landing. Therefore it says here: the less, the better. Often times, the cost difference between a direct flight and one with a stopover is small enough that the time and stress saved justify this choice.

2. Your choice: fly in a targeted manner 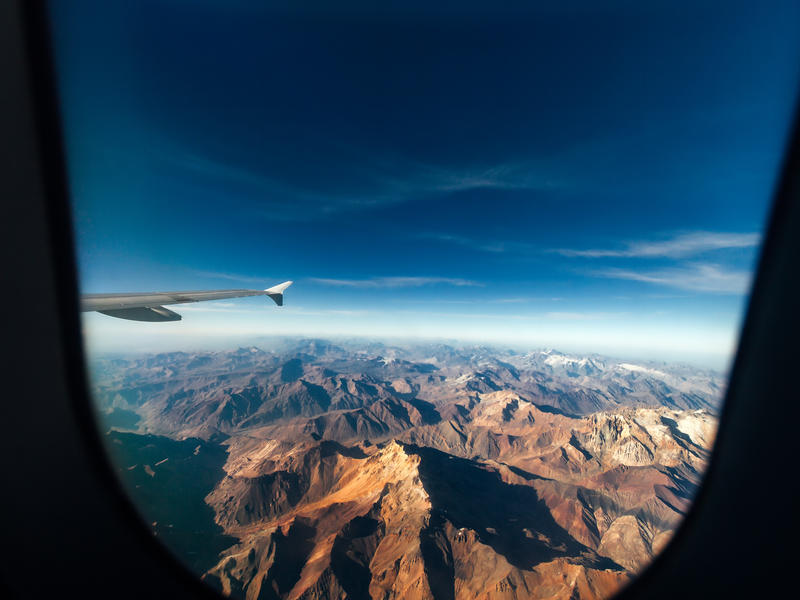 Sometimes there just isn't an option to take a direct flight. Maybe an airline is on strike, the destination airport is too small or the destination is just too far away to get there with just one flight. However, when putting on your carbon-efficient glasses, it is important to choose the most straightforward connecting flights. Avoid flights that criss-cross the continents like a bee with a bad sense of direction.

Not all aircraft are the same in terms of fuel efficiency, and not all airlines place the greatest emphasis on having a fuel-efficient fleet. As a rule of thumb, you can choose an airline with a more modern fleet. As a rule, the newer the aircraft, the more fuel-efficient it is. The Airbus A350, Boeing 787 Dreamliner, Airbus A330, Embraer E2 and Airbus A220 all burn less than three liters of kerosene per 100 passenger kilometers.

Once you know which planes can operate more efficiently, you can use KAYAK's Airplane Filter to sort your results to show flights scheduled for specific types of aircraft. 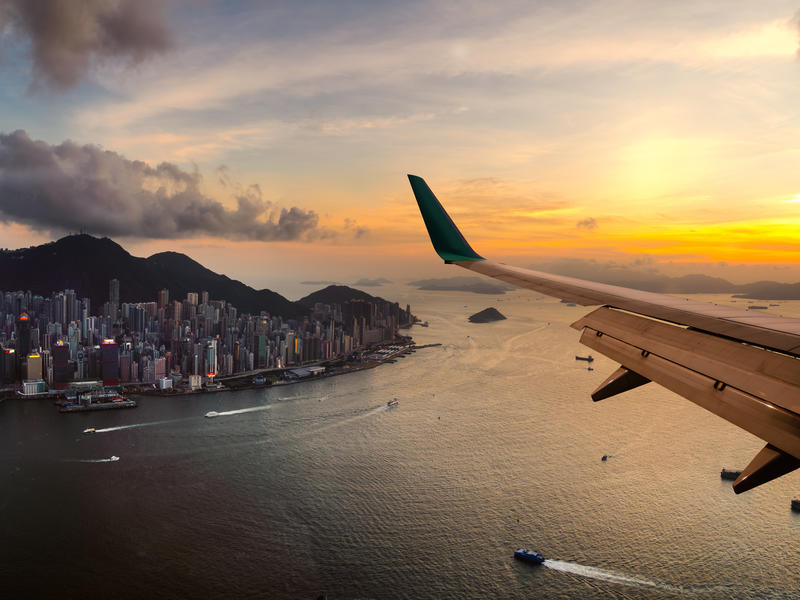 When it comes to carbon emissions, size matters. For example, two-engine aircraft like the Boeing 787 Dreamliner and Airbus A350 are 24% more efficient than four-engine giants like the 747 and A380. And if you have the choice on shorter routes, you can opt for turboprop aircraft to save even more emissions.

5. Your choice: Economy instead of Business or First Class

Here the cheaper option is also the better one for the environment. To put it simply: the more people fit into an airplane, the lower the CO2 emissions per passenger. The seats in Business and First Class are heavier and require more space on the plane - as a result, the carbon footprint of these passengers is three to nine times that of economy passengers. So try (just) to relax with a clear conscience, even if it's a little tighter.

6. Your choice: Biofuel airlines and airports 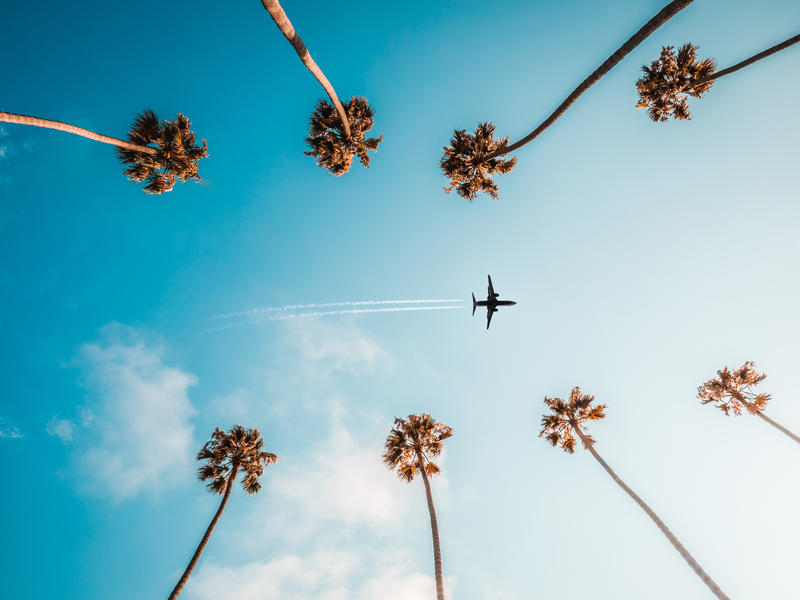 Believe it or not, more and more airlines are using cleaner fuels like biofuels made from raw materials like algae, jatropha, household waste, forest waste, industrial waste and even used cooking oil to fuel their fleet. A flight on biofuel can significantly reduce emissions compared to the amount of fossil fuels, depending on the material used. Therefore, it is worthwhile to make sure to choose airports and airlines around the world that opt ​​for a greener option.

You can also invest your money directly in initiatives that promote the use of biofuels. Some airlines, airports, and organizations allow customers to purchase biofuels for flights. For example, you can buy locally produced biofuel through the Swedish Fly Green Fund on the website. 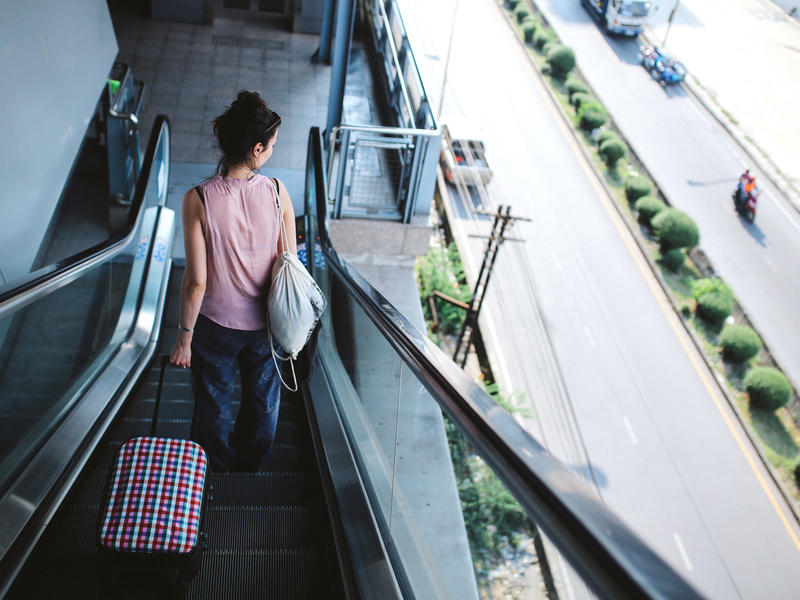 When packing for your next trip, you may be tempted to pack the appropriate clothing (including shoes) for all sorts of situations. But how often are you invited to a cocktail party at short notice? And do you really need your laptop and your tablet?

Traveling with light luggage not only has the advantage that you save on baggage fees. Every kilogram results in CO2 emissions when it has to be carried in the air. Airlines have been trying for years to reduce the overall weight - from meals and cutlery to on-board magazines and the number of flight attendants (!). One airline has estimated that if you save 450 g on every aircraft in the fleet, 53,000 liters less fuel would be used in a year. So pack a little lighter on your next flight - it will be reflected in your carbon footprint.

8. Your choice: the train

Have you considered this low-carbon mode of transport for your trip? It may take you longer and cost more than a flight, but often is but the way is the goal. And you can marvel at the local landscape instead of just seeing clouds.

Train journeys in Europe use much less CO2 than flights. If you are flying because you want to save some time, keep in mind that most of the major airports are outside of the city. The journey to the airport by local transport (and the associated emissions) must also be taken into account. In contrast, most trains depart from the heart of the city. The time for check-in, the security check and the waiting time at the baggage carousel must also be observed. Depending on the route, it results in a comparable total travel time. 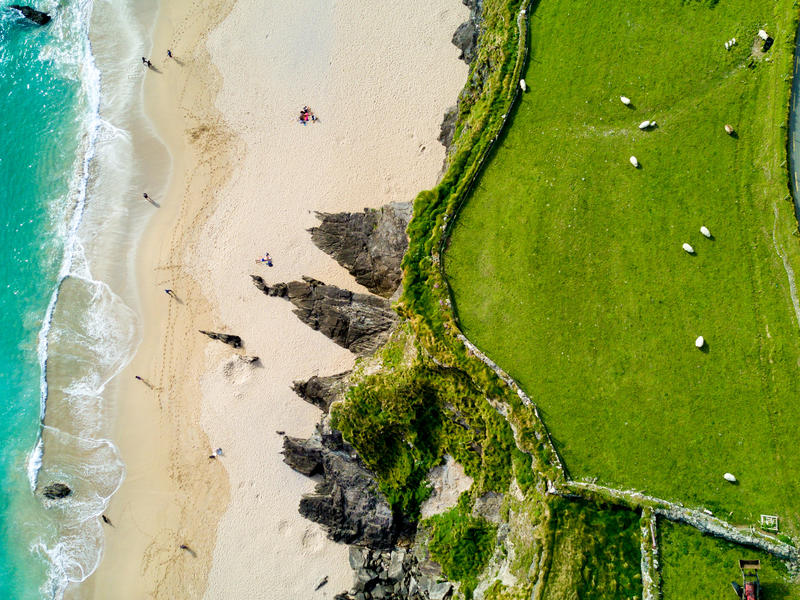 This option can be viewed as a sort of last resort when no other options are available or sufficient. With carbon offset, money is essentially paid to offset the amount of CO2 emitted during a flight. Many carbon offsetting websites include a flight carbon calculator that you can use to pay for the emissions for your flight.

With a little research, you can find countless projects to reduce CO2 production (just think about replacing inefficient and unhealthy charcoal stoves in third world countries with cleaner ones) or to reduce existing CO2 (e.g. through the Planting trees). You can buy carbon credits from polluting companies and then shut them down so the pollutants are never emitted.

The actual effects of the compensation are sometimes difficult to measure. Therefore, you should choose organizations with the highest standards for certification of CO2 reduction, such as Gold Standard and VCS.

The bottom line? Every decision counts. 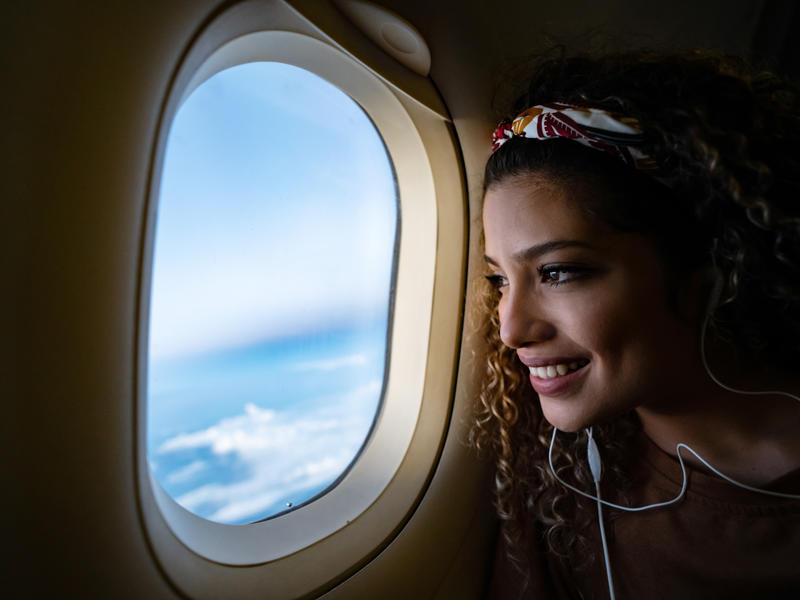 Interesting fact: The aviation industry itself will make big decisions in 2021 when the UN CORSIA agreement comes into force. CORSIA limits the CO2 emissions of each airline to the level of 2020 and the airlines must either offset emissions above this level or use lower-carbon fuels. By 2027, CORSIA will be mandatory for all but the poorest of the 191 countries in the International Civil Aviation Organization.

For us as travelers, all of the options in this article simply mean that we have a choice. The decisions we make today will affect the future of our planet. And that alone is worth it.