How is social media changing culture

"The use of social media has long since become part of everyday life for many artists," explain the exhibition organizers led by curator Anika Meier. "Many cannot or do not want to do without it." Even more: you have been working with it for a long time. This is also shown by the around 50 room and video installations, sculptures, photographs and paintings by 35 predominantly young artists. What distinguishes all works: Visual art takes place where the audience is - in social media and primarily on Instagram. The good old website, it has had its day.

Do you have to print out digital art to show the works of young, online-influenced artists in the museum? "We didn't do that," says curator Meier. It wouldn't even be necessary. Because as unusual as the exhibited works may be, they are so vivid. The start of the show is marked by an establishment of the Internet age that has long since passed: Berlin's Aram Bartholl has placed the original row of seats from a Kreuzberg Internet café in the museum. 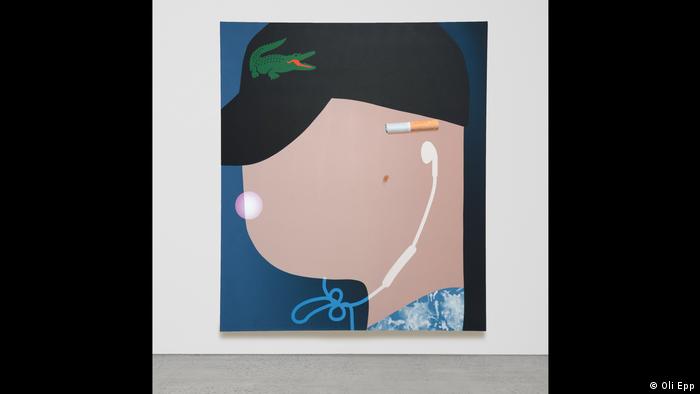 Images flicker across a handful of screens, reminiscent of earlier "speed shows" by Bartholl, for which he converted "real" internet cafés into galleries by using the assembled computers for short-term exhibitions. Bartholl's room installation recalls the history of net art. They have not only existed since the Internet became accessible to a mass audience. But social media has increased the audience dramatically again. And the smartphone with internet access is in almost every pocket today.

The Belgian Tom Galle, on the other hand, plays with the symbols of the Internet age and the modern consumer world. The artist bent the blue Facebook "F" into a crowbar. And he added finger holes to the golden Mc Donald's "M" - now it's a brass knuckles. 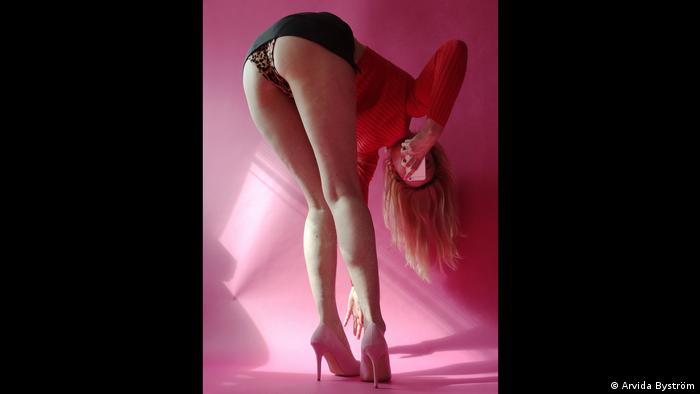 Other works ask about the effects that the tendency - and not infrequently the compulsion - to display in social media such as Instagram has on users. Andy Picci from Paris, for example, draped his smartphone on a pedestal, as a telling allusion: anyone approaching recognizes the artist on the display, dressed entirely in black in a white room. "I wanted to put my digital self in its own cage - in my smartphone," explains Picci. Like him, a new generation of net artists is embarking on a search for identity in the digital age. Some, like Johanna Jakowska, use augmented reality or, like Selam X, artificial intelligence to put beauty ideals and gender norms to the test.

Artificial intelligence is also in use 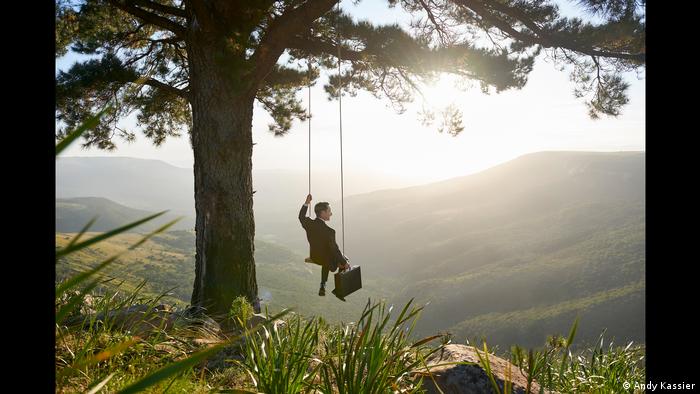 Thomas Webb from London deals with artificial intelligence. He programmed computers in such a way that they let smileys with neutral lines roll over a mirror surface on the wall. If the viewer makes faces, the smileys imitate his facial expressions. However, as Webb explains, the result is not the viewer's emotion, but its superficial image - just like when emojis are used in social networks.

Aside from the digital, the Leipzig exhibition is also about painting. For example, the Hamburg-based Chris Drange enlarged the selfies of female members of the Kardashian clan, combined them with elements of classic painting and finally had the motifs painted as oil paintings in China. Kristina Schuldt, a graduate of Neo Rauch's master class in Leipzig, combines motivic allusions to the old masters with limbs that hold smartphones.

The exhibition "Link in Bio" in the basement of the Museum of Fine Arts can be seen until March 15, 2020.