Which solid can be mixed with solid

We cooked on a school trip. We mixed solids and liquids.

Are all solids soluble in water?

Some solids "disappear" in the water, others don't.

Attempt carried out in class 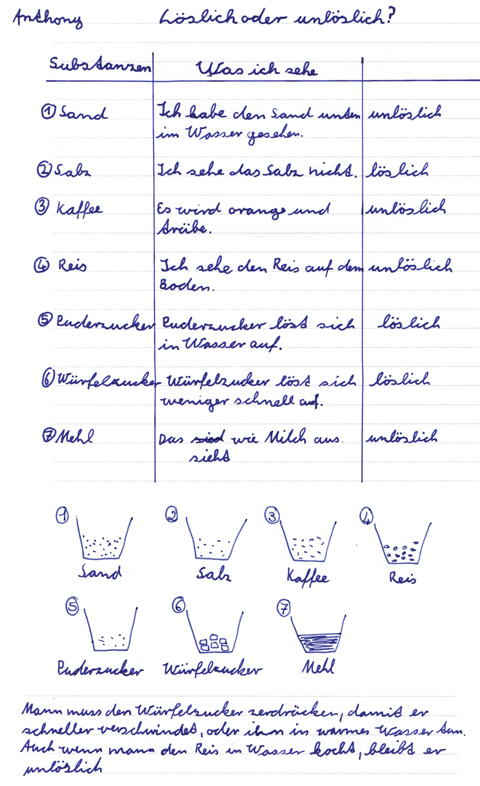 The so-called "soluble" coffee is actually a suspension, which is difficult to convey to children (the liquid is black).

2nd lesson: can a dissolved solid be recovered?

You can't see the solid, but it's there.

Experiments carried out in class

The following materials are needed for these experiments: salt, water, scales, glasses, filters, pots and a heating plate.

The mass of salt water is equal to the sum of the masses of water and salt used to make the salt solution. "The salt not only gives the solution its taste, it is completely in the solution." 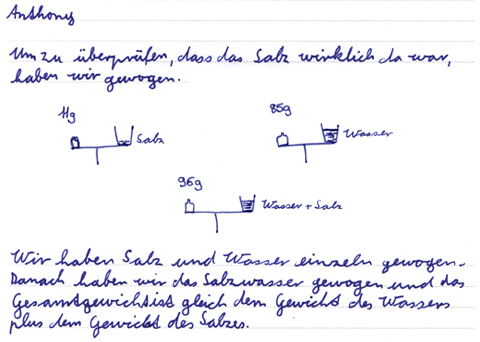 Fig. 4: Extract from a test booklet

You can reclaim the sand, but not the salt. Filtering can be used to separate the components of a mixture if the solids are insoluble. 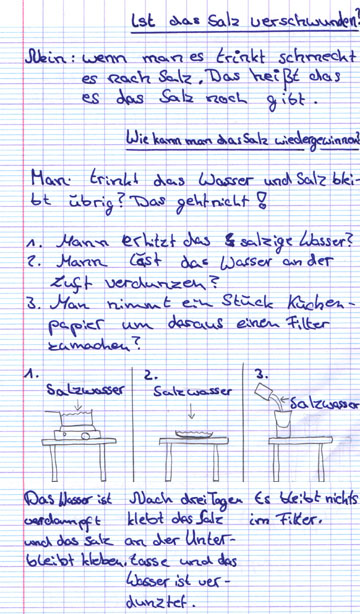 Fig. 5: Has the salt disappeared?

Let the water evaporate, on the one hand in the air and on the other hand by boiling.

Salt crystals appear. The solids dissolved in water can be recovered by evaporation or evaporation of the water. 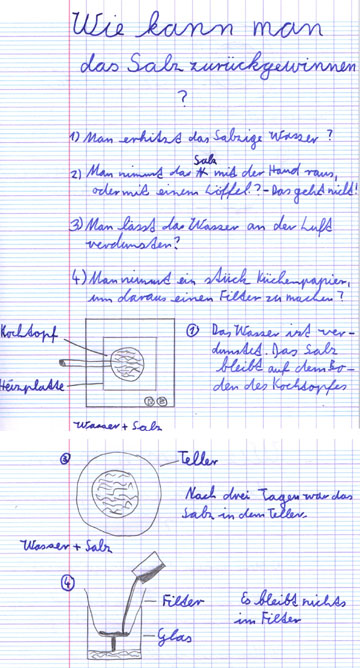 Fig. 6: How can the salt be recovered?

3. Lesson: What happens if one liquid comes into contact with another liquid?

What happens if you pour the following liquids into the same container:

Attempt suggested by the students

We mix two of these liquids.

Attempt carried out in class

The following materials are required for this experiment: transparent vessels, spoons, water, syrup, oil and vinegar.

Fig. 7: What happens if you mix water and syrup or oil and vinegar?

Students often suggest mixtures with milk. You then have to explain to them that milk is already an emulsion.

4th lesson: Why do some liquids always settle on the floor?

Experiments carried out in class

The drop counter is used to add various liquids to the water.

If the criterion "fat" is mentioned: Only one of these four liquids is fat, so one cannot deduce from this that fat always floats on top.

These criteria are not suitable.

When two liquids overlap, the lighter one (with the same volume) is on top.