"AZ deterioration" is a frequently documented symptom in older patients. While the unspecific decline in well-being in younger years is usually not due to a serious health disorder, the same symptoms often result in a serious illness in older age. Therefore, especially in the case of AZ deterioration in older patients who have developed quickly, one should listen carefully and give the indication for admission rather generously.

Underestimation of the AZ deterioration

75% of the patients with the symptom AZ deterioration are referred by general practitioners or on-call doctors, the remaining 25% are brought to the emergency room by family members [1]. Occasionally these patients are seen as an unpopular challenge in the emergency room. A study from Switzerland was able to show that patients over 65 years of age have an increased risk in the emergency room that the severity of their health disorder will not be recognized or underestimated [5]. This could be based on two misconceptions:

However, both ideas are wrong.

Features and delineation of AZ deterioration

The leading symptom of AZ deterioration is a general weakness that usually develops within several hours or a few days. Often the deterioration in health is more likely to be noticed by relatives and caregivers than by the patients themselves. Sometimes the decrease in physical performance is also accompanied by a decrease in mental capacity. As a result, many patients in the emergency room cannot say why they were brought to the hospital. Confabulations or references to previous or existing complaints are then common. These often implausible statements can be helpless attempts at explanations by the patient, but which inexperienced doctors encounter incomprehension and can lead to misjudgments.

The generalization of the weakness distinguishes the AZ deterioration from the localized weakness [10]. The focal weakness of an extremity, in which the suspicion of a stroke is more likely, therefore does not meet the criteria for AZ deterioration, for example.

The usually rapid progression of the decrease in performance within hours to days differentiates the deterioration of the AZ from the frailty in old age, the so-called frailty, which usually develops much more slowly over weeks or months [4]. The deterioration in AZ is also separated from dementia by its faster course, but also by the presence of physical symptoms, which are usually not in the foreground during dementia reduction.

A large number of diseases can present themselves in older people with the picture of a deterioration in AZ. With increasing age, specific symptoms of even serious illnesses become rarer and instead express themselves as a worsening of AZ [2]. A few examples illustrate this: Even highly septic patients often show only slightly elevated temperatures and only a moderate increase in leukocytes and other inflammatory parameters in old age [2]. The difficulties in diagnosing appendicitis in elderly patients are also well known due to the often only minor local symptoms [2, 8]. About two thirds of heart attack patients over the age of 85 no longer have chest pain, but rather other symptoms, for example shortness of breath or deterioration in AZ [6, 8].

Two approaches try to explain why unspecific symptoms occur significantly more often in older age than in younger phases of life, even with severe illnesses. On the one hand, the performance of all physical systems decreases with increasing age. This could also affect the intrathoracic and intra-abdominal pain perception and thus make it understandable why older patients feel little or no pain even with heart attacks or severe intra-abdominal inflammation. Second, the decline in performance in old age also affects the defense mechanisms. This could explain why, for example, the rise in fever and inflammation parameters are often not very pronounced in elderly patients. Yet these patients are seriously ill.

The common age-related decline in many bodily functions could also explain why in old age the disease of one system quickly affects others, which in total leads to the presentation as AZ deterioration. If one takes as a basis that the gap between the average and maximum performance of most body functions is reduced in old age, then the interconnectedness of these organ functions explains that the disease of one system can quickly lead to a disruption of several other functions. In younger periods of life, when the reserves of the individual organ functions are greater, the disruption of one system must be much more pronounced until it affects the other functions.

The number of diseases and injuries that can lead to AZ deterioration in old age is large. Overview 1 gives an overview only in excerpts with an attempt at a nosological subdivision.

The diagnoses that are particularly important from an emergency medical point of view, either because of their dangerousness or their frequency, are summarized in Overview 2. Due to the limited amount of data, this is an empirical and incomplete list.

60% of the diagnoses found in patients with AZ deterioration are infections, 18% concern metabolic disorders and 10% are oncological origin [1, 9]. Urinary tract infections and pneumonia dominate the infections, often also erysipelas and intra-abdominal inflammation. Worsening renal insufficiency and electrolyte imbalances, especially hyponatremia, are also common diagnoses. The simultaneous prescription of two or more diuretics or ACE inhibitors seems to play an important role [13]. AZ deterioration due to medication and interactions play a major role in older people [8]. A study on 633 patients with AZ deterioration found a medication or interaction as the cause in 12.2%, which was initially only recognized in 40% of the cases [12]. 83% of the medication-related deteriorations in AZ were severe [12].

Heart attacks are increasingly expressed in old age not by pain but by other symptoms, for example shortness of breath or deterioration in AZ [6, 8]. After the age of 85, the majority of infarct patients no longer show pain, but only 2 to 6% of these patients are asymptomatic [3]. Hyperglycaemia in decompensating diabetes mellitus, often in connection with the accompanying desiccosis, is also an essential differential diagnosis of AZ deterioration. Slowly developing subdural hematomas can initially present as AZ deterioration in old age. Elderly people with a combination of unsteady gait and anticoagulation are particularly at risk for the development of these hematomas, whereby a fall event is often not reported or not remembered.

The physical exam can provide clues as to what is happening, but in most cases further examinations will be required. As a standard, the blood should be examined for changes in the blood count, inflammation parameters, blood sugar, electrolytes and metabolic parameters, and the urine should be tested for signs of infection. A chest x-ray and ECG recording should also be standardized. The threshold for determining troponin should be rather low and may be reached even if there are unspecific indications of ischemia. In view of the frequent accumulation of medication intake in older people, a medication history is essential. Cranial computed tomography (CCT) is not a routine part of the diagnostic work-up of AZ deterioration unless there are focal neurological abnormalities or indications of a fall involving the head [1]. Overview 3 summarizes the clarification scheme in case of AZ deterioration in older age. 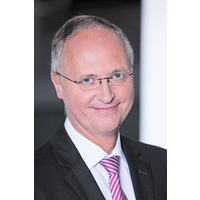 Conflicts of Interest: none declared