What is the scope of learning Esperanto

WHY IS THERE A WORKER ESPERANTO MOVEMENT?

First of all, many skeptics express the opinion that Esperanto is not as “useful” as other, supposedly “more important” languages. If the skeptic leans politically to the left, then he may ask himself, when he learns of the existence of a workers' Esperanto movement, what use it has ever brought the workers, except possibly as a pastime. I believe there is more to Esperanto than just passing the time, and I am going to give you some reasons why progressive workers and other people have found it good, and still do, to learn and use Esperanto today.

Workers use Esperanto for practical reasons

Esperanto - the language and the linguistic community - is basically a practical option for contacting people in other countries. It's definitely not the only one out there, and the more options - languages ​​and contacts - someone has, the better. Despite the small number of users, Esperanto has some notable advantages. One of them is that the users are scattered all over the world and that almost without exception they value diverse international contacts. Otherwise they wouldn't have bothered to learn. 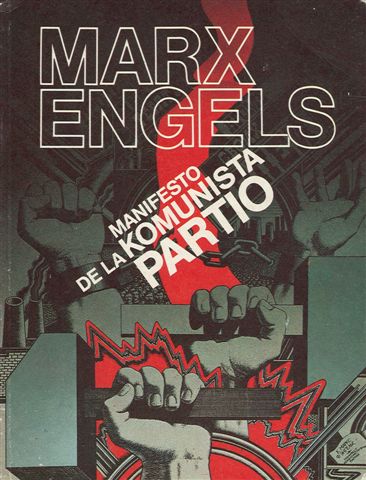 Esperanto has existed since 1887, and as early as the first decade of the 20th century, workers began to learn it in increasing numbers and to set up their own organizations that were independent of the bourgeois Esperanto movement that had emerged a few years earlier. It was around this time that Esperanto found its way to East Asia. It was first learned by anarchists in China, who used it to forge links with European working-class Esperantists.

One of the motives for the creation of a worldwide proletarian Esperanto organization in the 1920s was that after the First World War a large number of mostly monolingual workers actively sought contact with workers in other countries. Some found that Esperanto was the only language they could learn quickly and easily enough in their spare time. From the events of the war they had come to the conclusion that the mutual isolation of the working classes of the individual countries had made it easier for the ruling class to manipulate them with the help of nationalist ideology.

Of course, they were helped by the fact that there was a large working class culture movement at the time, which was accompanied by socialist, communist, anarchist and other left currents. It turned out to be an ideal place for Esperanto activities. For example, communist parties promoted correspondence between workers from different countries, and Esperanto was used extensively - but before the Stalin era, when Esperantists were persecuted in the Soviet Union. 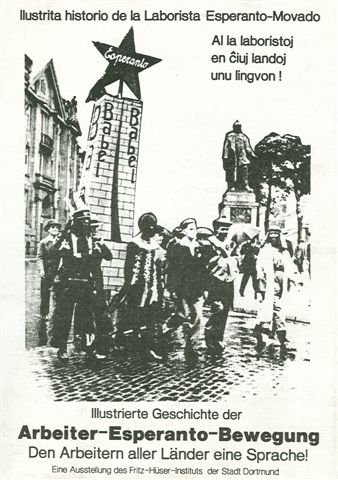 The number of proletarian Esperantists grew rapidly in the immediate aftermath of the war. They were also more reluctant than ever to join the traditional “politically neutral” (which it pretended to be then, as it is now) Esperanto movement. In their eyes, this movement was deeply compromised because of its loyal support for the war efforts of various European states. A permanent organization for worker Esperantists had become necessary.

The association they founded in 1921 was called Sennacieca Asocio Tutmonda, or SAT (Anational World Federation) for short. The name says something about its qualities. Even when it was clear that it should be a proletarian class organization, he avoided defining himself politically. That's why he didn't call himself “socialist” or anything like that. Rather, the intention from the beginning was to allow a variety of leftist tendencies to freely exchange ideas. However, there was a pronounced anti-nationalist basic ethos that spanned all tendencies. The founding group wanted to limit national influences so much that they went a step further past internationalism and gave the organization an “anational” structure, and this principle found expression in its name. Only Esperanto speakers with sufficient language skills should become members - without the mediation of national sections. SAT accepted the slogan:

“SAT members should get used to extra-national perception, way of thinking and activity”.

“Intellectual contacts among proletarians from different countries actually only take place through the mediation of polyglot intellectuals. The activity of SAT, which aims to unite and directly bring the working people of the world together, is revolutionary in nature ”.

SAT should not assume the role of political parties by directly participating in political struggles, but should become a cultural association active in workers' education, which should help break down national and ethnic barriers between workers by involving them in practical collective activity.

SAT membership peaked at about 6,000 in the late 1920s and then dropped to just over 700 today. The reasons for this decline are many and would require a lengthy digression to cover them here. It should only be stated here that most of them are related to the history of the Esperantist linguistic community as well as to the problems of the political left, although some arise from SAT's own difficulties in maintaining a left and anti-nationalist profile that clearly distinguishes it from distinguishes between the bourgeois Esperanto movement, whose increasingly cultural, identitarian and even nationalist discourses now pervade the entire Esperanto-speaking community and sometimes even appear in the SAT. 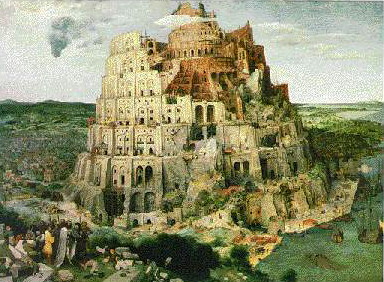 One reason for the decline in public interest in Esperanto is the notion that English is now doing quite well the role that Esperanto was once intended to be. Although many leftists see it that way too, I think they should take a closer look. Even in Western Europe, where English has long been the dominant foreign language in schools and where economic conditions and geography favor international contacts and travel, most people leave school without knowing enough English to use it effectively for political ends or to develop a truly personal relationship to have the people with whom they sometimes need it. Esperanto - regardless of whether it has any chance of being "introduced" worldwide - helps to compensate for this situation. The bourgeois school system creates massive educational losers who have lost confidence in their ability to learn foreign languages ​​(among other things), and Esperanto helps some regain confidence that they can actually learn languages.

Esperanto encourages its users to cultivate a general interest in languages, as many of them are engaged in linguistics and the sociology and politics of language. The Esperanto community does more than any other group I know of to encourage its members to learn other languages, including "exotic" and other not often preferred languages. It is a good place to develop translation skills together with other, usually cooperative and friendly people. 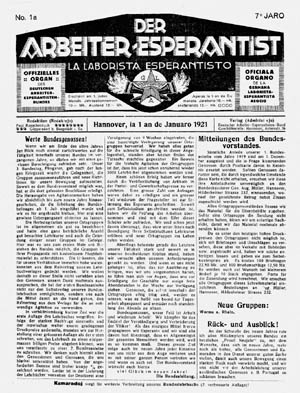 In addition, it is not a bad practice, especially for monolinguals whose mother tongue is something in the world, to put themselves in the shoes of people who can rarely or never use their mother tongue for cross-border communication. Using a language that belongs to all users equally while being the mother tongue of only a few is one way of doing this. Esperanto speakers advocate an ethic of egalitarian linguistic communication and thus grapple with a question of global social inequality that most people never think about.

Esperantists have a tradition of offering hospitality to traveling Esperantists from other countries. Many who are not particularly gifted with vacation travel spending make ample use of this (both as guests and hosts). For some, that alone is enough reason to learn Esperanto.

It cannot be denied that some Esperantists are zealots who extol Esperanto as a panacea against world strife, cultural imperialism or other evils, but the zealots are decreasing. While it is not of the size of a split, Esperantists currently tend to drift into two groups. One insists on maintaining the habit of a “movement”, reaching for every straw to keep alive the hope that Esperanto will one day the international language becomes. The “movement” tendency is, however, on the decline. Another group sees the language more as the basis of a “community” with something like an alternative lifestyle. The fact that Esperanto is sometimes described as a hobby still bothers some Esperantists, but in my opinion it shouldn't. On the contrary: hobbies and leisure activities should be viewed from a political point of view.

Whether it's a hobby or not, Esperanto definitely has a political dimension. Worker Esperantists, especially those of the “anationalist” (anti-nationalist-universalist) current in SAT, have long valued Esperanto for bringing its users from the working class closer to a practically oriented “proletarian cosmopolitanism” that takes them one step further from the omnipresent demons nationalism away than internationalism does.

But what is wrong with internationalism? Mostly nothing at all. For many people in many places and under many circumstances it is a step in the right direction - away from nationalism. But from a consistently anti-nationalist perspective one can formulate some justified reservations about the conception of internationalism:

However, the traditional internationalism of the labor movement took shape within the framework of a hierarchical organization that did not provide for transnational contacts at the grassroots level among workers, and SAT has tried to remedy this by bringing workers from all accessible parts of the world into direct contact with each other and them freed from the spiritual fetters of nationalism. His ideas, and especially those of the anationalist faction, were early expressions of an idea that is currently being described as “globalization from below”.

Eŭgeno Lanti put it this way in one of his most famous works, the Manifesto de la Sennaciistoj [Manifesto of the Anationalists]:

“In a famous manifesto published 83 years ago, workers from all over the world were called to unite. And for this purpose various internationals came into being, the leaders of which more or less often communicated with one another, be it through correspondence or at congresses; mostly through the mediation of translators and interpreters. As a rule, the masses are still kept completely separate from one another and have no contact with one another - except on the battlefield in terrible wars. "

Nationalists - who, it must be emphasized, are only one platform among several in the SAT - called on the workers to abstain from any national struggle and to focus exclusively on class struggle. Even if the primacy of the class struggle is questioned by some in SAT today, the timeliness of Lanti's warning of the "national struggle" becomes evident when one sees how often the advocacy of identity and ethnicist goals behind a smoke screen of "anti-imperialism" and “right to self-determination” is hidden if leftists are to be attracted. The bourgeois Esperanto movement is an excellent example of what Lanti railed against. Large parts of her now unrestrainedly support “ethnism”, pan-European nationalism, linguistic purism and similar things.

One of the traditional ideas in SAT that may be considered outdated is that Esperanto will one day become the universally recognized international language. SAT supporters initially shared the conviction with the bourgeois Esperanto movement that Esperanto had a good chance of “winning” the race for victory as the main language of communication in the world. Today it seems more sensible to view Esperanto as a means of promoting bilingual or multilingualism as well as cosmopolitan perspectives and lifestyles among the non-privileged than to focus on the future triumph of Esperanto over other languages, to which it is seen as a competitor. Opinions on this vary widely in SAT, as in other parts of the Esperanto-speaking community.

In any case, the popularization of a worldwide introduction of Esperanto was not a founding purpose of SAT. The basic objective of SAT, formulated in its statute, is as relevant today as it was in the 1920s when it was written:

“In short, SAT's long-term goal is, through the worldwide use of rationally planned language, to promote the development of rational minds who are able to compare, correctly understand and assess ideas, theses and tendencies therefore are also able to choose independently the path that they consider the most direct or expedient in order to liberate their class and raise humanity to the highest possible level of civilization and culture. "