Mesh material is good for shoes

They are well thought out, from the laces to the soles, to support the runner and keep the joy of running going.

Read here what components running shoes are made of and what differences there are in terms of structure and area of ​​use.

The running shoe is arguably one of the most researched sports products. You could say that the running shoe is the Formula 1 racing car among shoes when it comes to technology. And he's been through a lot. In the 80s, when jogging began to boom, it was given massive support and voluminous cushioning elements. It was believed that runners needed as much support as possible in their sport. And so that the athletes could see what support and know-how is in their shoes, they were made accordingly obvious, for example with thick midsoles and a gradient between the heel and ball of the foot, in technical jargon Demolition called, from a whopping 12 to 15 millimeters.

In the noughties, the countermovement followed: various studies believed that they had recognized that "rubber dinghy" soles and running shoes with "heels" tempted people to put the foot inefficiently far in front of the body, which placed excessive stress on the joints. In addition, the feeling for the underground is lost. So the running shoe industry began to build shoes that were drastically reduced and in some cases little more than protection from pebbles and broken glass. The idea: in shoes that are light, flexible, flat and undamped, you walk like barefoot. And since humans used to hunt mammoths even without shoes, it would have to be the most natural and ergonomic running shoe variant.

Well thought of in itself. But: Our bodies are no longer designed for this natural way of running. Our calf and foot muscles have got used to shoes raised at the back and shortened them over the centuries, as has the Achilles tendon. The back and torso muscles curl up in front of the computer screen. Holding power? Nothing. Accordingly, a drastically reduced minimal shoe overwhelms most runners.

Today more is known about running patterns and the influence of running shoes on them than ever before. There are correspondingly many products on the market with partly new, partly optimized technologies. However, the running shoe for everyone is not included. Because every athlete runs differently - and the shoe should support or improve the respective style. That is why one and the same shoe can work for one person and not at all for another. It is therefore important to seek advice from an expert. You can read what this looks like here.

This is how your running shoe is constructed

As different as the shoe types or their compatibility with the respective athlete may be, a few components can be found in all of them:

Upper material: Pulls over the instep and consists of mesh (airy net material), breathable synthetic fiber or, more recently, seamless knitted fabric. The shaft is usually a little padded and reinforced, for example with synthetic leather.

Toe cap:As the name suggests, it spans the top of the toes. Especially in trail shoes, it is often reinforced to protect the toes from impacts, e.g. B. against rocks and roots to protect.

Heel counter: Heel caps used to be one thing above all else: hard. Your job was to encircle the heel bone - as full as possible. It's different today. There are many different variants - e.g. caps that are visible from the outside and invisibly laminated into the shaft. Then some with and some without a recess. A heel counter that provides support can be important for runners with overmobility. But the same applies here: Nothing is set, the shoe has to match the runner and his style.

Insoles: The thin, mostly removable foam insert is one of the few parts of the running shoe that has hardly changed in decades. In almost every case, it can be viewed as a placeholder in the shoe that has no function whatsoever. However, that does not mean that it cannot fundamentally fulfill any function. On the contrary: With a corresponding insole such as the Lunge Feetality insert or a Currex sole, the running shoe can be further individualized.

By the way: Even if you increase your walking comfort in everyday life, an orthopedic insole is often not suitable for walking because it is too stiff and hard.

Midsole: The midsole, which is located between the upper material and the outsole, is color-contrasted on most running shoes. It can be of different heights. Their construction also determines the drop, i.e. the difference in height between the heel and ball of the foot. The strength of the midsole or the material from which it is made is indicated in "shore". It can change depending on the mileage, material fatigue or temperature. However, this information does not say anything about the runner's subjective feeling of cushioning and comfort when he or she wears the shoe.

The midsole is made either from EVA, which is flexible and has good self-cushioning (depending on the manufacturer, called Flyte Foam®, Lunarlon®, etc.) - or from polyurethane (e.g. Boost®, Everrun®). The choice of materials and the respective mixtures of the various manufacturers result in damping and suspension behavior that runners find differently comfortable. There is no such thing as “better” or “worse”, just “different” that can be pleasant for one person but not for another.

Damping elements: Nowadays, the quality of the foams for the midsole is so high that no additional components are required (i.e. special elements that are intended to suggest additional cushioning). If they are present, they are located in the area of ​​the forefoot and rear foot (ball and heel) in the midsole, for example in the form of gel or air cushions.

Pronation support: Actually a term from the 80s that was more or less forced upon the trade by science. The firmer, often gray-colored areas on the inside of the midsole, also known as the second hardness, should prevent excessive kinking of the lower ankle when touching down. In the meantime, thanks to the homogeneous midsole materials, a second hardness is often no longer necessary; the movement control via the shape of the lasts and the material is much more gentle.

Outsole: First of all: Don't worry if your running lap changes from asphalt to gravel to forest path. Special soles for competition or terrain are only constructed in such a way that they meet certain requirements (more grip, greater flexibility, etc.). Basically, however, 95% of the sole profiles can be walked on any surface.

Since it comes into direct contact with the ground, the outsole should be as robust as possible. That is why it usually consists of PU or TPU mixtures. A few manufacturers also use rubber compounds. There are special soles for competition or terrain. Competition shoes often have a lighter, but somewhat less durable “substructure”. The rolling behavior changes depending on where and how many notches are set.

In the past few years, the running shoe pendulum has now swung into the middle. The trend is towards influencing runners with (intuitively) good technique as little as possible and supporting others without forcing the joints to move unnaturally. One and the same construction principle cannot of course satisfy all needs, from beginners with a few kilos too much on their ribs to competition gazelles. That is why there are different types of running shoes that differ in structure and meet different requirements.

Instead of sharply separated categories, the boundaries in the area of ​​running shoes are fluid today. We therefore consider a categorization to be rather misleading. Because a lightweight model is basically also a training shoe. A shoe that provides support through its last shape can certainly be worn in competition. And a shoe in which one athlete runs neutrally can change the running style of another. So it depends less on the type of shoe than on the type of runner who wants to wear it. It is therefore the task of the specialist retailer to analyze the running style of the respective athlete and to match him with the right shoe for him.

Since it makes orientation easier, we still try to summarize models with similar properties as follows:

Lightweight: The lightweight training shoes are often referred to as natural running shoes. This shoe category is less made for running training than for coordination and foot training. For runners with good technique, this type of shoe is also a completely normal training shoe. The attenuation is low, as is the explosion. The sole and upper are very flexible. As a result, foot and leg muscles have to work harder and are strengthened. However (especially as a newcomer to this category) you should only exercise with it in a very dosed manner and increase the scope only slowly. With the current models, the transition to normal training shoes is fluid.

Training: This category should be on the shoe rack of most runners. It includes stable shoes with support as well as neutral shoes without support. The sole is slightly thicker than natural running shoes, and the offset is eight to twelve millimeters on average. These shoes are suitable for daily running training and also for long and easy workouts. In addition, there is also the category "Motion control”, Motion control shoes, for heavy runners or those with very bad positions.

Competition: The racing car under the running shoes. Experienced runners can hunt for best times in these shoes. They are not for every day, but perfect for fast units and competitions - provided you have the right running technique. Because speed shoes only have a low level of cushioning, a flat sole (4-10 mm drop) and are very light.

Trail: This genus is specially made for the growing cross-country community. The sole is flat, very firm and extremely grippy so that you don't slip on roots and rocks. Sometimes a hard plate is inserted to protect against penetrating stones and the like. Protection against kinking outwards (so-called supination trauma) is also quite common. On some models, the upper material is waterproof or at least water-repellent.

Precisely because not all running shoes are the same, you should take the time to choose and buy. Even if you have found a model that you can get along well with, it may be that it has changed slightly in a subsequent version. Obtaining advice from specialist retailers and trying out different shoes can therefore not only avoid frustration, the right shoe can also increase the fun of running considerably. 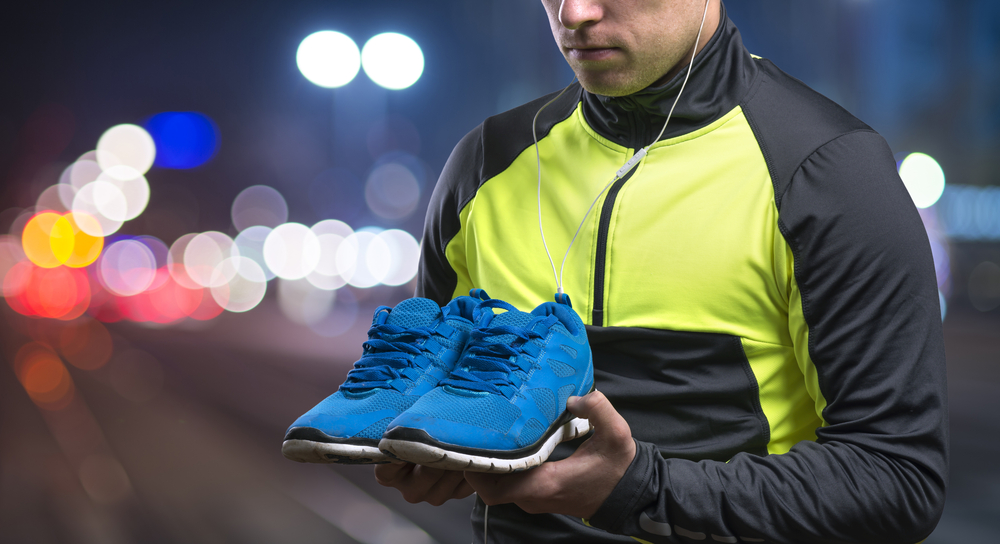