How is the average speed calculated

We will deal with average speed in this physics article. You will learn the formula for calculating the average speed and two examples will be presented. This article belongs to our mechanics division.

Two different types of movement are often presented in physics classes. The uniform movement in which the speed is always the same and the constantly accelerated movement in which the acceleration is always the same. These are two relatively simple cases, but they only occur to a limited extent in road traffic. Because who can always drive the same fast? For this reason, in this article, we care about the average speed. By the way: If you still have problems with the uniform movement or the accelerated movement, you can read about them in the following two articles: 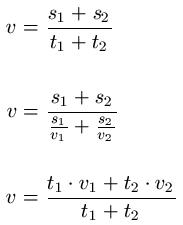 Examples of the average speed

As a rule, one understands content much better through examples. Hopefully, the following average speed word problems will help you out.

Solution: We take all the information from the text and insert it into the formula for calculating the average speed. 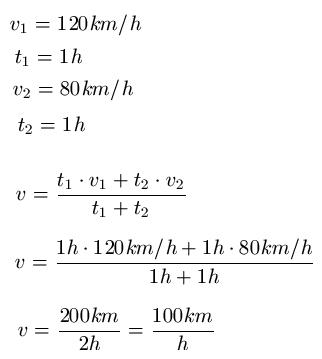 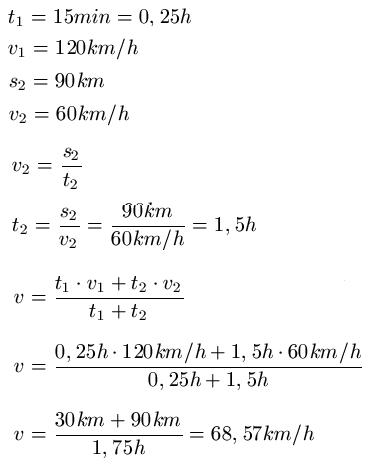