Boredom is a personal problem

In addition to stress and pressure to perform, monotony and idleness can also shape everyday work. Every seventh employee feels under-challenged at work. 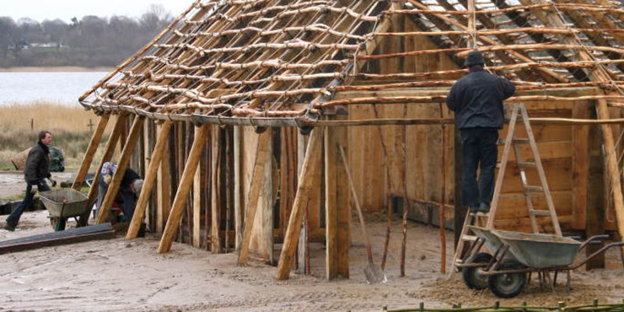 Those who do manual work are less likely to be bored. Image: dpa

Frank Beermann * likes to surf the Internet. He informs himself in the Wikipedia database, explores new travel destinations on Google Earth, solves Sudoku puzzles or reads daily newspapers. The problem from his employer's point of view: Not at home but in the office he drifts through the global network for hours. He has learned to skilfully hide his sideline: When colleagues or superiors approach his computer, a single click of the mouse is enough and an obviously operational process appears on the screen.

Beermann feels frustrated and not challenged enough in his job. When employees flee into bogus employment, it is less of a personal problem than that of their superiors: They have failed to deploy employees according to their possibilities. The result, low productivity due to sometimes only simulated performance and hidden idleness, makes neither the company nor the employees happy.

Psychologists and management consultants have recently been talking about the "boreout syndrome", a state of boredom, lack of interest and lack of drive. The word alludes to the English term "burnout", which - the more common downside - describes the constant overstrain caused by too high a workload. There is sometimes a connection between the two phenomena, the boreout often develops in the wake of burnout. "In a team, one or two people take over the work, little is left for the rest," says Swiss management consultant Philippe Rothlin, describing a typical example. While one group is doing interesting jobs and is under constant stress, the other is experiencing underemployment and a lack of challenges. "People are not lazy, they are made lazy," is Rothlin's comment.

A survey by the market research institute Gallup last year showed that 87 percent of German employees identify little or little with their employer. 19 percent even stated that they had already resigned internally.

Excruciating monotony at work does not only appear in professions with recurring activities. In addition to assembly line workers, cashiers or security guards, office workers can also feel underutilized. Sitting in conferences that last for hours, always listening to the same spokespeople, or reacting to similar customer complaints in the call center can also be very boring. The feeling of being under-challenged can also arise if there are no professional opportunities or if the purpose of an activity is difficult to understand.

Not being busy at work is a flaw, because the opposite is socially desirable: always having a lot to do, complaining about stress and demonstratively staying for a long time. Most companies have a "presence culture", as ergonomists call it: everyone is always busy.

This pretense of activity is a typical office phenomenon, because there the work goals of the individual employees are usually more diffuse than in trade and industry. The performance of waiters, bus rides and craftsmen, for example, can be clearly measured, explains Rothlin: "A welder cannot pretend to be welding, and a bricklayer cannot pretend to be pulling up a wall."