Why was I born a loser

Letter to the editor: Are there born winners and losers? 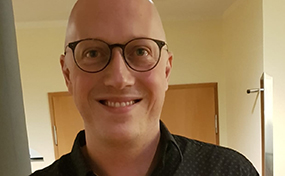 07/20/2020 - Are you a winner? Do you have nerves of steel when they come under pressure and still win the all-important single of the top game of the season after a long deficit? Our reader Sebastian Schwarz, who has already sent us one or two letters to the editor in the past few months, is thinking this time about whether there are winners and losers born in table tennis.

A letter to the editor from Sebastian Schwarz from Neuss

In my still quite young life as a “TT retiree” I have already dealt with some facets of our sport and at the same time tried to think outside the box and to point out possible connections or transferability in everyday life. Today I would like to deal with a special topic that has always been extremely exciting for me and a reason for different considerations. I am sure that a large number of active table tennis players have already had similar thoughts, so that the following lines can and should (hopefully) be the basis for a - possibly controversial - discussion.

Every player knows the situations in the box when the pressure is particularly high or it is / will be tight (top game, extra time, 9: 9 in the fifth, etc.). Every athlete handles these situations differently, some better and some worse. At this point I always asked myself to what extent you can learn to improve yourself in such situations, that is, to get “ripped off” and to significantly increase the rate of narrow / important victories. Or is there perhaps some kind of innate winning or losing gene that I - no matter what efforts I make - cannot switch off or outsmart? In this respect, I can only approach the answer to this question on the basis of my personal experience.

During my playing days, I have won a lot more games than I lost. But if I honestly look back on the really "important" games, the number of games won and lost should be roughly equal. In any case, besides great victories, I can also remember a few bitter defeats. So at least some players can / could achieve tight or important victories better than me. In this context, I particularly remember one game that took place at the beginning of the new millennium. The opponent was a certain Christian Süß, then around 15 years old and at the very beginning of his ascent. I was in my early twenties and was in the latter stages of my playful development. In any case, I had a good start to the season, had already beaten the opponent's No. 1 on that day and then led the game of "two" with 1-0 in sets and 20:16 on points (yes, dear young table tennis friends, it Back then really went up to 21) with his own serve. What followed was very bitter for me personally, but viewed objectively, it was very impressive. On the following four serves and the two points after that, I didn't feel a realistic chance of winning a point. My counterpart showed no hesitation, no fear of making a mistake or any other sign of uncertainty, even though the initial situation was anything but favorable. And this at such a young age. I then lost the third set "in the tailor" with 21:10 and then - just mentioned as a side note - hardly hit a ball for the rest of the season.

Can it be learned or a gift from God?

So this young guy already had a special “head” back then, ie a special mental strength that is so important in general in sport. I can think of other, similar examples that go in a similar direction and that show the great mental strength of a few players. At the highest sporting level, I recently remember the games by Timo Boll against Lin Gaoyuan or Jun Mizutani, against which extremely high deficits were made up in each case. If you look at these games and have known and observed table tennis for decades, you develop a feeling for the fact that a game can still tip over despite a supposedly high deficit due to mental strength on the one hand and the corresponding weakness on the other .

But how is it now? Can I develop mental strength or is it a "gift from the Creator"? I believe that although it is basically possible to acquire mental strength, this possibility is only limited in the vast majority of cases. In my opinion, the same applies that also applies to playful development. If I don't have the "feeling" I need, I can train as much as I want. I'm not going to be world champion. Nor will I become world champion if I have the ability to play, but my head does not function at the same level in the crucial situations. Experience and support from “mental coaches” can certainly help to improve behavior and the success rate in tight game situations. However, turning a rather passive and fearful player into a real “winner” in tight game situations should only very rarely succeed, as a person's temperament can only be influenced to a limited extent. In many cases, however, a fundamental change in personality structure would have to be brought about; an extremely difficult undertaking.

Improvement within the scope of one's own possibilities

Does that mean that no player has to work hard in tight situations because everything is predetermined? No, definitely not. Everyone should of course try to improve within their means in order to "bring in" as many "tight things" as possible. Nevertheless, I stick to the result that the framework conditions differ in each individual case. Not every player has a special psychological strength that has already been created in order to be able to play this strength in tight game situations. The table tennis-specific psychological strength is different in each individual case, on all sporting levels, i.e. in every playful class. I know players who play at a good regional league level, but whose mental strength one or the other regional league player would like to "cut a slice of".

how do you see it? Do you agree with me or is the approach even fundamentally wrong and everyone can - if they want it enough - become a winner? During the last few years of my active time, I was regularly consulted when it came to getting the team together for the following season and signing new players. When making the selection (in addition to the human qualities, which should be the main criterion for selection at every level), I also paid attention to whether these potential new players were also in top games or games against relegation, i.e. in games with particular pressure situations , likely to “work” and be able to handle the pressure. I was often right and it became clear that there are certainly types of winners and, on the other hand, those who often cannot reach their full potential in pressure situations. Would I have chosen myself in this selection? Maybe, but I'm not sure.

But one more thing at the end. As far as team sport is concerned, I am sure that any individual mental weaknesses that may be present can be compensated for by a functioning team. A perfectly cohesive team is therefore certainly a tried and tested means of strengthening and improving the psyche of the individual - always as far as possible. In this sense: good punch and good nerves!

What is your opinion on the subject? Write us a comment under the article! Are you also interested in a hot topic? Then send us an email to [email protected]

Letters to the editor do not reflect the opinion of the editors. We reserve the right to select and make meaningful cuts.