Is there an interesting startup from Law

The FinTech industry currently determines the reporting in the startup scene. Major media outlets are also enjoying the new players who want to turn the dusty banking and finance world upside down. The potentials and ratings of the most promising FinTech startups in the field are skyrocketing and large VCs and other professional investors are hoping for high returns with their investments in a multi-billion dollar market. But other markets also offer interesting development opportunities: The legal market, for example, has an estimated volume of 19 billion euros in Germany alone.

If you believe the American online magazine VentureBeat, the global market volume amounts to over 700 billion euros. The number of legal and legal tech startups that are settling in the legal market is growing all the time. The development of the US platform AngelList alone makes this clear: “In 2009, 15 legal startups were listed on AngelList. There are now over 400 startups, ”wrote VentureBeat 2014 - currently (as of June 26, 2015) there are almost 880 legal startups listed, including companies that are in the beta phase or have already failed.

Just as FinTech startups are changing the financial world with the help of modern technology, LegalTech startups are also addressing the realities of the legal market in the same way. The term “LegalTech” itself primarily includes technology-based products and services that support legal companies and law firms in management, document and data management, billing, bookkeeping or eDiscovery, as defined by The Law Insider.

LegalTech startups are offered a large playground due to the market volume and the many opportunities for new services. The industry is also picking up speed in Germany - albeit very slowly. The startup edicted., Which was successfully financed by Seedmatch in June 2015, is one of the few legal startups that exist in Germany so far. The industry “slept through digitization”, so edicted .: The start-up “is the first smart legal outsourcing provider” and wants to help lawyers who can use the platform to delegate research assignments to students, trainees or other lawyers - so much so Save time, money and paper.

Digitization in general is a much discussed topic. Germany is only mediocre, even if digital competence seems to be above average, as a Europe-wide study has found. But digitization is also slowly penetrating highly specialized sectors such as the judiciary: At the federal level, it was decided that lawyers should gradually equip themselves with their own electronic mailbox and keep "electronic files" from January 1, 2016. "By 2022 at the latest, it is mandatory for them to communicate with each other and with the courts," writes Legal Tribune Online. In the future, the mountains of files that have become stereotypical in law firms and courts will probably be a thing of the past - a fact that starts-ups like edicted., Who are already working on the model of paperless legal communication, play into the cards.

The fact that the digitalization of the legal market in particular is making slow progress, "is partly due to the fact that many lawyers simply think too little entrepreneurially or economically," says lawyer Dr. Philipp Hammerich, partner at edicted. “In the last year or two, however, it has been noticed that the industry has started to rethink. The legal market or the legal market in general are certainly only at the beginning of a technical development. This is now - also through edicted. - was initiated and in my opinion unstoppable ", so Hammerich, who also predicts:" This development will affect all legal work ".

“The idea of ​​edicted. is simple and that's why it's ingenious "

Dr. Philipp Hammerich has been a lecturer nationwide since 2003 and has been running his own law firm in Hamburg since 2007, with the focus of his work as a lawyer in the areas of civil, criminal and examination law. In the course of his teaching, Hammerich got to know the founders of edicted., Marco Klock and Philipp Harsleben, who approached him and asked for support: “The idea of ​​edicted is simple and precisely because of that it is brilliant. That was the one point that immediately won me over. The other point was the unbelievable potential that the idea and the associated market hold in itself. " 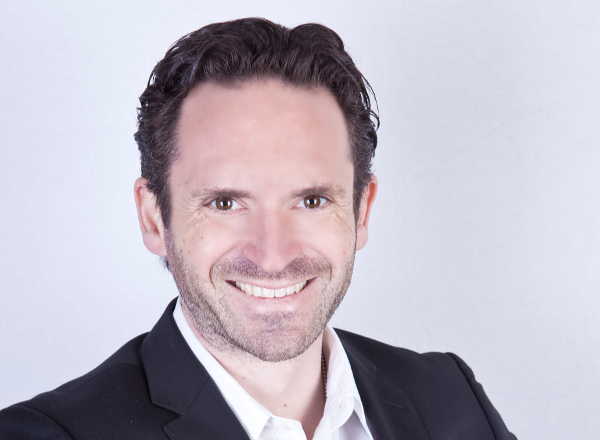 For Hammerich, these were enough reasons to work financially as a shareholder and emotionally and strategically as a consultant on the edicted project. to participate. That edicted. is a startup with a flat hierarchy and flexible structures, he sees a decisive advantage: “Established market participants often lack the vision, especially in the legal field. Edicted. has this vision. It is no coincidence that the aforementioned digitization in the legal market has often been overslept. The market itself, but also edicted. are only at the beginning of a technical development - even if we have already achieved an incredible amount for the time window. "

The topic of outsourcing has been playing an increasingly important role in various industries and company areas since the 2000s at the latest. Outsourcing orders has long been a practice in the legal market too - just not digitally. Marco Klock and Philipp Harsleben also noticed this during their assistant work for law firms in Bremen: In order to process orders, "a direct presence in the law firm was not necessary," they write in the investment story. The prospective lawyers then produced flyers and threw them into the mailboxes of various Bremen law firms "to test whether a lawyer gave them an assignment without having ever seen them." And indeed: the first orders came only days later. A few months passed before it was clear that they had provided the proof of concept for their legal outsourcing offer.

“In the medium term, hardly any lawyer will be able to ignore this development,” says Philipp Hammerich and continues: “Legal outsourcing will be one of the first areas through which the change in the industry will or has already become apparent. You can see that in the success of edicted. I firmly expect that in one to two years the relevant share of the market volume can be increased tenfold. "

Legal startups "come from the generation of digital natives"

In order to gain awareness, there are also mandatory dates for legal startups at trade fairs and events. This is how edicted learned. recently met Claudia Bonacker at the German Lawyers' Day 2015 in Hamburg. The lawyer advises lawyers and law firms in matters of business development and is familiar with the customs of the industry. At the Lawyers' Day, she gave a lecture on innovations in the legal market - i.a. using the example of edicted. 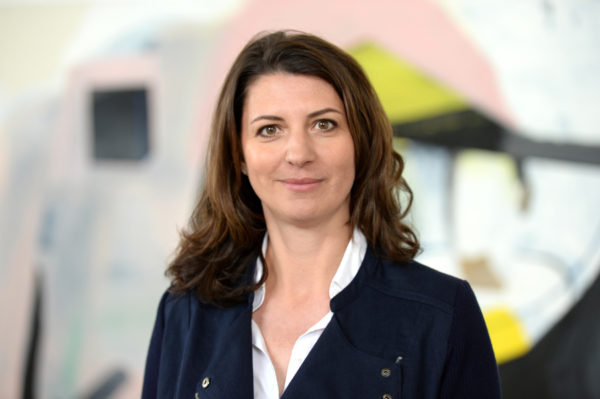 For Bonacker, there is no question that digital development and the corresponding innovations are permanently changing the way law firms work. Thinking entrepreneurially will be indispensable for lawyers in the future: "If they don't do it, they will certainly miss out on part of the legal business and entrepreneurially-minded offspring - that is, their legal staff - will be lost."

Young entrepreneurs who want to break up the rigid legal market with technology-based innovations with their ideas have a decisive advantage, according to Bonacker: “They come from the generation of digital natives - for them digitization is not a foreign word, but a matter of course and they often have one interdisciplinary approach in your vita. In addition to their legal existence, some are also developers or have other qualifications that make them perfect salespeople. "

In the concept of legal outsourcing, like edicted. makes it possible, Bonacker sees potential for law firms. "If a law firm acts cleverly, it takes a close look at which legal work it is better not to do itself within a mandate, but to hand it over to third parties - ultimately in its own interest so as not to alienate its clients," she states. But the fact that digitization also has limits is in the nature of things, the consultant explains: “Business development in its core term, understood as the strategic advancement of the client base, will in a certain way always remain analog, since it is always about people . The digitization and clever tools only help with the handling and implementation of the mandates. "

Bonacker uses the example of communication between lawyer and client to illustrate what this looks like: “While email correspondence with clients used to be the exception, it is standard today. It will increasingly be about a new, digital form of cooperation with clients and other lawyers, for example with protected data rooms either based on their own IT solutions or outsourced web-based solutions such as edicted. and others."

"Legal Tech Startups Have A Short History And A Bright Future"

How the market for legal startups will develop worldwide, especially in Germany, can only be guessed at. In an article for TechCrunch, Basha Rubin sums up why the development has been so restrained so far: “Legal has been a tough nut to crack because there is significant non-uniform regulation and risk-averse, disaggregated stakeholders. These factors have slowed disruption. But change is nigh: consumers are demanding more efficient, transparent and affordable legal services, and lawyers are looking for cutting-edge ways to compete in an oversaturated market. " 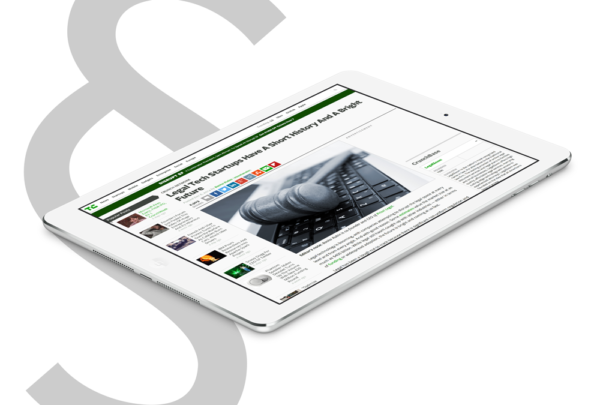 The latter aspect is particularly true in Germany: According to official information, around 165,000 lawyers are currently allowed to pursue their profession in this country. In order to survive in the competition with large law firms, small to medium-sized law firms can rely on the innovations of legal startups that want to catch up on the sleepy digitization of the legal industry. In an interview with Seedmatch, edicted.-co-founder Marco Klock stated that "Legal Outsourcing is becoming a standard component of legal work in the course of the restructuring of the industry."

The planned cooperation between the young start-up and an established company on the market suggests that this could be the case. The online portal anwalt24.de, which belongs to the Dutch publisher Wolters Kluwer, which is internationally active in the field of law and taxes, will be offered by edicted as part of its relaunch in September 2015. implement via an interface - and thus offer the legal startup access to several 10,000 potential users. Wolters Kluwer and edicted are planning for the future. further collaborations, according to the Seedmatch investment story. Similar to the way banks work with FinTech startups, new and established companies complement each other in the legal market.

The market in this country is still subdued, while abroad there are already established concepts similar to that of edicted. gives; But the development of the young start-up from Bremen alone shows that due to the market volume "the potential of innovative solutions in the legal market is enormous and that will be a great opportunity for many new providers." the edicted. meanwhile, "is worth a lot in such a tightly branched industry," says Klock.

In any case, Basha Rubin promises an exciting future to the new players who conjure up a “digital revolution in the legal market”: “Legal Tech Startups Have A Short History And A Bright Future”.

Rightmart is currently crowdfunding at Seedmatch. The legal startup wants to "make legal advice accessible to everyone" with its online service. You can find out exactly how this should happen in the investment story:

Warning: The acquisition of this investment is associated with considerable risks and can lead to the complete loss of the assets invested.