How can I achieve creative photo effects

Whether in food photography, product photos, wedding photography or portraits: This effect is a very popular form of photography. We'll explain step by step how to get it done with your camera!

Part 2 of our series on creative photography

Aperture, depth of field and aperture selection are three of the most important factors for creative photography with your digital SLR camera.

With the help of the aperture you not only influence the brightness, but also the depth of field of your photos. Depending on whether you use an open or a more closed aperture, the entire photo or only a very specific section of the image will be sharp.

A large aperture gives you a shallow depth of field - an effect that you can use when you want to highlight an object in the foreground of an image. But how exactly does it work?

First of all, you should be the proud owner of a "DSLR", a digital single-lens reflex camera. With a simple compact camera it is generally also possible to make the background appear blurred with a few tricks, but with a compact camera you have no real control over aperture and depth of field. 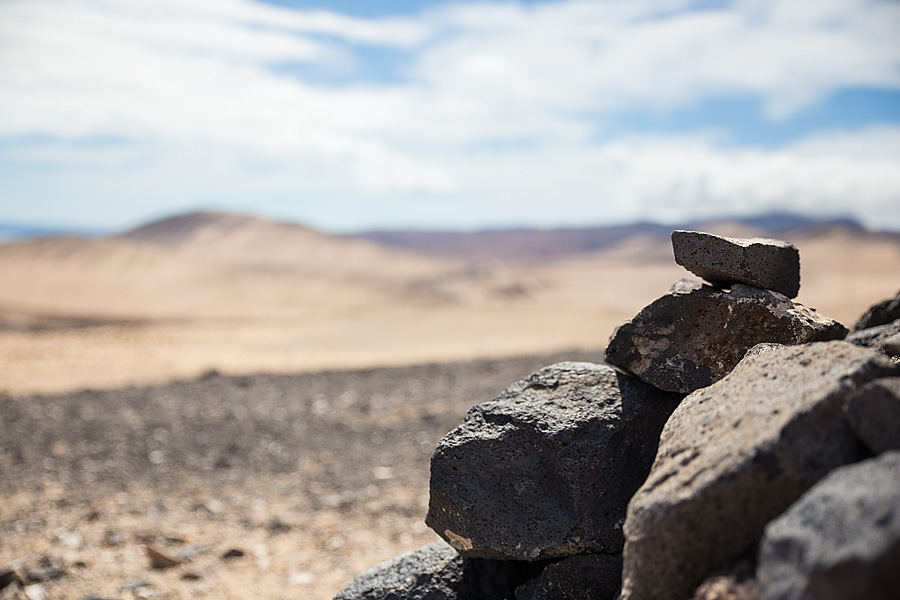 Once this hurdle has been cleared, you should familiarize yourself with the basic settings of your SLR camera. You can get a good overview of this in our tips for beginners on photography. As already briefly outlined in it, the decisive setting for a blurred background is the aperture on your camera.

Step 1: Out of automatic mode, aperture preselection on!

First you have to switch your camera from automatic mode to aperture preselection or AV mode. You can usually find a small wheel on top of the camera. In addition to some symbols, you will also see a few letters on it.

The letter A or AV (Canon) is important for you. The A stands for "Aperture Priority", ie for the aperture preselection. If you choose this mode, you can set the aperture yourself, and your camera will automatically adjust the shutter speed and ISO for you. It is a semi-automatic mode.

The “M” on the wheel, on the other hand, stands for “manual”, ie for manual mode in which you can make all the settings yourself.

Do you really have to use the manual mode in order to take “professional” photos?

Well, I actually know a lot of photographers who use the aperture priority 99 percent of the time. It offers you enough control to achieve creative effects and is still practical, precisely because the camera automatically adjusts the shutter speed and ISO value for you.

Next you set the aperture in the aperture preselection (A or AV). This usually works with a small rotary control. On my Canon, it's right next to the shutter release button. If you can't find it straight away, it's best to take another look at the operating instructions for your camera.

The aperture setting is a bit confusing because a small number indicates a large or wide aperture. You should memorize the following equation:
Large aperture = small number = shallow depth of field = blurred background

I took the first picture with an aperture value of f1.8, i.e. a large aperture that lets in a lot of light. The background is blurred and the foreground is in focus. In the second picture I increased the aperture value to f8. You see, the whole picture is sharp.

Adjusting the aperture on your camera is actually very simple: If you look through your camera or directly at the display, you should see some numbers and values. The aperture is the number with the small "f" in front of it. Turn the control dial to the left to decrease the aperture value.

Depending on what lens you are using and how close you zoom in, the smallest possible value changes. With my standard lens it is f / 3.5, smaller is not possible. This already gives you a pretty good depth of field effect.

Do you particularly like the effect with the blurred background or do you photograph a lot of products for a shop or a food blog? Then you should think about buying a lens that allows an aperture value smaller than f / 1.8.

Step 3: focus and pull the trigger!

If you have chosen a small aperture, you only have to focus or focus on the object in the foreground. This works either via the autofocus or by turning the front of the lens until the desired object is in focus. Just press the trigger: the depth of field effect is ready!

It's best to try different aperture values ​​at the beginning to get a feel for the differences. Very important: Always remember to hold the camera absolutely still so that the picture does not blur.