What is runtime polymorphism

What is the difference between dynamic and static polymorphism in Java?

Binding refers to the link between method invocation and method definition.

This picture clearly shows what is mandatory. 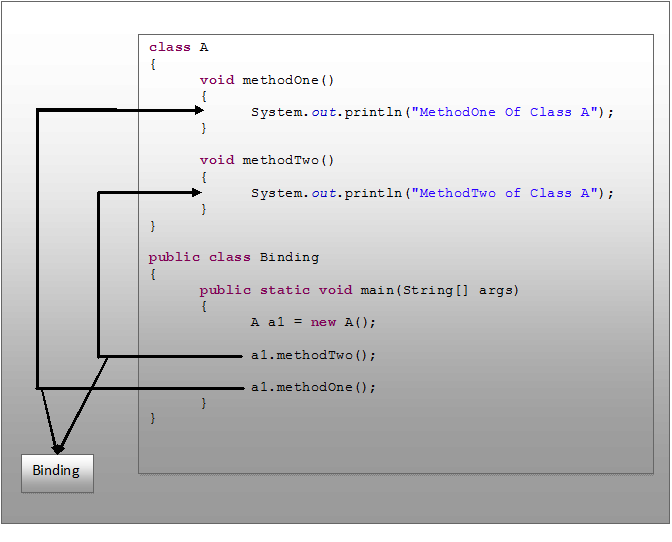 Now comes the static and dynamic binding in Java.

Static binding is a binding that occurs during compilation. It is also known as early binding because binding occurs before a program actually runs

The static bond can be shown as in the picture below. 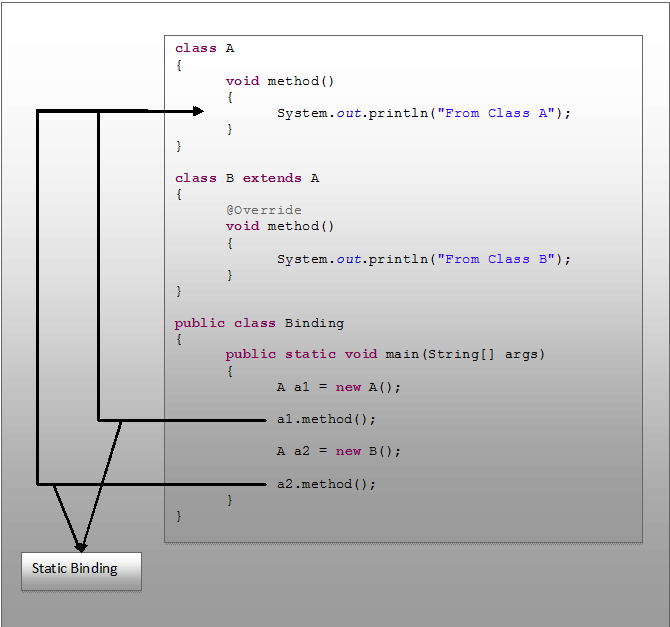 For example, for the method call "a1.method ()" in the above figure, the compiler checks whether a method definition in class A exists for method (). Because "a1" is of type A. When the method "a2.method ()" is called, it is also checked whether a method definition in class A is available for method (). Since "a2" is also of the class A type. There is no check to which object "a1" and "a2" point. This type of binding is known as static binding.

Dynamic binding is a binding that occurs at run time. It's also called Late Binding because binding occurs when the program is actually .__. To run.

The dynamic binding of the above example can be demonstrated as follows. 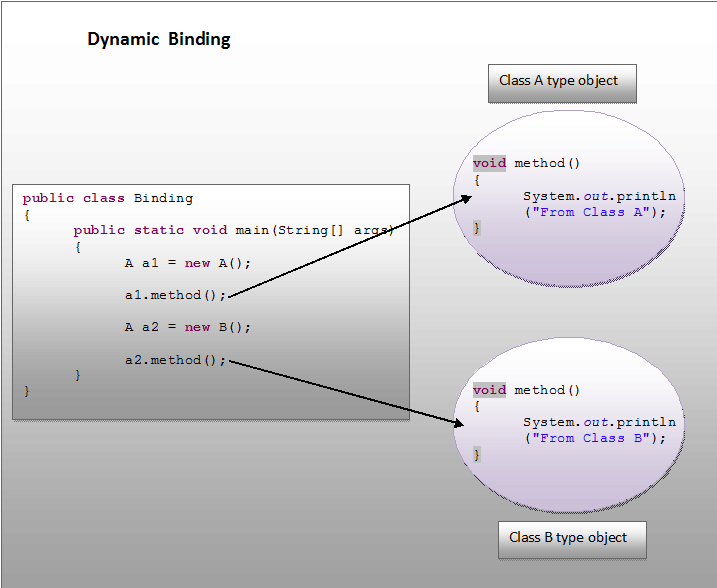