Tired or Desperate? Thoughtful or Sad? One can argue about the meaning of smileys. Their official names show what they were originally intended to mean. Curious finds.

Updated February 13th - Hardly a message on WhatsApp, Facebook or other networks can do without emojis. The sender and recipient decide what the respective smileys mean - and interpretations are often disputed. The colorful symbols originally come from Japan: Shigetaka Kurita, an employee of a telecommunications company, designed small pictures from a few pixels in 1999. They were in the tradition of Japanese manga. These original meanings can still be found in some of the official names of the signs today. These WhatsApp emojis (we use emojis from Apple here - they may look different from other providers) are often used differently today than originally intended:

Most would have called this smiley sad - but officially it is called "thoughtful". The emoji encyclopedia Emojipedia describes it this way: "It thinks quietly about how things could go so wrong."

Snot comes out of the nose of this smiley - and that's intentional. However, the drop of water should not mean that the smiley has a cold. In the Japanese manga, the character is instead used to indicate a character's sleepiness. And in this tradition, the snotty nose emoji from Apple and Co.

The face that enjoys delicious food

Cheeky and Happy? No, this smiley is simply a connoisseur. According to the official name, it is currently enjoying delicious food.

Even if some like to use this smiley as a high five: His hands were originally folded once in prayer - or to say thank you or please, as is customary in Japanese culture.

Often the upside down face is used to express humor, sarcasm or happiness. According to Emojipedia, it originally stood for silliness and stupidity.

Anyone who uses this emoji to send contrite or a "sorry" should be surprised: it actually stands for confusion. “This face isn't sad, but it's a little confused by the situation,” says Emojipedia.

Face with the look of triumph

Originally, this smiley was not supposed to express an angry snort, as one might assume, but a triumphant look: proud and contemptuous. However, it is often used as an angry, angry smiley face.

It looks really angry to most. According to the original name, this face is only sulking.

It is usually interpreted as an astonished or incredulous face. This smiley is actually supposed to show that the sender is a little embarrassed.

The face with the hand in front of the mouth

This smiley is actually not frightened, nor does it hold back from saying something. Originally, it was supposed to show a hidden giggle.

This emoji is mostly used when the sender wants to appear frightened or fearful. But originally this cat was supposed to look tired.

According to the name, this face also originally showed a tired face. It should yawn from exhaustion, according to Emojipedia. In the meantime, however, another reading prevails: it groans with despair, signals a complaint or seems to be sad or moaning for many.

Person at the information desk

Although this woman does not resemble an employee at the information desk, her original name is "Information Desk Person" nonetheless. The raised hand should indicate a service. The smiley is mostly used as a cheeky and self-confident emoji or in connection with a conversation about hairstyles.

This woman doesn't clap her hands over her head or anything like that. Instead, she forms an "O" for "Ok" with her arms.

In Japan, this deep bow is used to make a serious apology or to do a big favor. Whoever uses this emoji in this country often has something else in mind: Sometimes it stands for someone who does push-ups, sometimes the sender wants a massage or he just wants to look cute.

The little heap of poop originally comes from a Japanese comic: Here it was a colorful heap that was looking for a friend. If you send piles of shit to a friend from Japan, you can create a completely different impression than in this country. And that is also due to a second possibility of meaning in Japan: Here the pile of poop also stands for luck, since the Japanese word for "poop" is similar to that for "luck".

You should be especially careful with this sign. It is often interpreted as a rocker symbol: In the metal scene, the gesture is also called "French fries fork". But the real meaning is completely different: It comes from sign language and means: "I love you".

In March 2019, 230 new emojis for WhatsApp and Co. will be presented. There is already a preview - we are showing you a selection of particularly exciting smileys.

The parent company Facebook planned an innovation for the popular messenger service. WhatsApp should contain advertising. But the plans look a little different now.

Messenger has broken through a new milestone. WhatsApp now has billions of users. Can Facebook keep up with that?

Amazon boss Jeff Bezos could have been hacked by the Saudi crown prince via WhatsApp. Saudi Arabia denies the allegations.

Fans had longed for it for a long time - now it's here: WhatsApp Dark Mode. If you have the Android beta version, you can activate it.

In the WhatsApp beta, users will discover other innovations in addition to dark mode. We will introduce you to the possible updates. 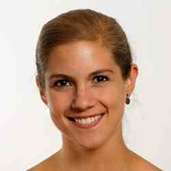 Born in Kassel in 1988, grew up in the Schwalm-Eder district. In the online editorial team of HNA since 2016. In her free time she trains Thai boxing, writes novels, loves the North Hessian tongue, Schnucke and green cake.