How do you rate a blocking patent

Engineers make patentable inventions every day, many of them as employees. The remuneration for these service inventions is based on a specific system. In many cases, however, the money is a long time coming. 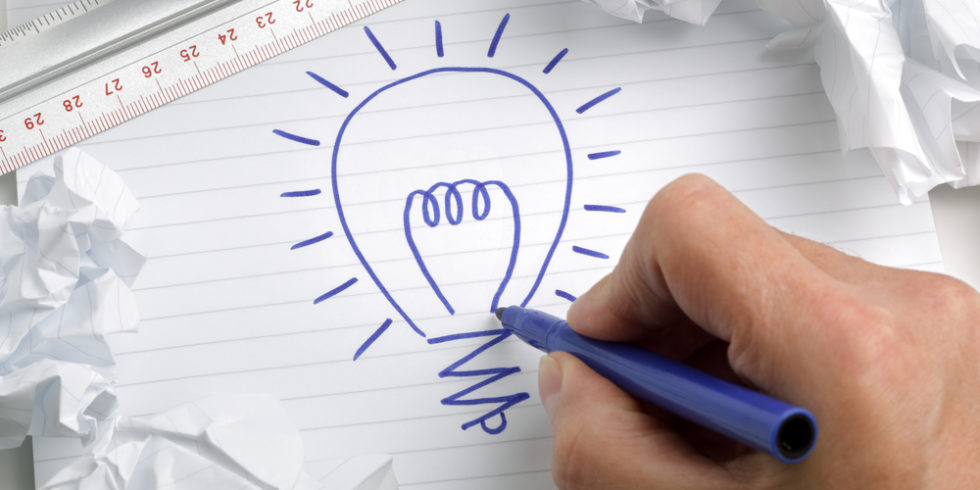 Who do inventions by employed engineers actually belong to?

Contents of this article:

Every year tens of thousands of patents are registered with the German Patent and Trademark Office (DPMA) in Germany. Last year alone there were 47,779 registrations, a quarter of which could be ascribed to the transport technology field. The patent applicants were therefore mostly companies whose employees made inventions during their working hours. The DPMA assumes that around 94% of patent applications are employee inventions.

Just like with Stefan Müller. He is a development engineer at a medium-sized construction machinery manufacturer. Two years ago he made an invention with which the construction machines that were being sold could achieve a higher level of efficiency. The employer has applied for the patent, but it is on hold for the time being. Because he is still the market leader in this area. And the new invention does not fit into his corporate strategy. Only five years from now, when the old patent expires, does the employer want to use Müller's invention to maintain its lucrative pioneering role. Now Müller, whose real name is completely different, asks himself what about his wages? “It's not about getting as much out of it as possible. I just want to feel like I've been treated fairly. "

Employed inventors are entitled to remuneration

The good news in advance: According to the law on service and employee inventions (ArbEG or ArbnErfG), employees are entitled to remuneration. The “Guidelines for the remuneration of employee inventions in the private sector”, which supplement the law, can provide guidance on the amount. According to the guidelines, the remuneration is calculated from two things: The benefit that the employer derives from the invention. And from a points system that takes into account the inventor's contribution to the value of the invention. There are three groups of points in total, which we explain below.

The share factor: the young engineer gets more than the development manager

The employee's initiative is assessed in the point group “Setting the task”. "A distinction is made here between whether the inventor only had to solve a task that was specifically given to him by the company or whether he committed himself to solving the problem on his own initiative and outside his area of ​​responsibility," explains Martin Misselhorn, patent attorney and owner of MW- Patent in Ingolstadt. The point group “solution of the task”, however, differentiates whether the inventor was left to his own devices to find the solution or whether he could fall back on operational resources and existing know-how. The third group of points, “The job and position of the employee in the company”, relates to the position and the associated expectations of a job holder. “A distinction is made here as to whether the inventor is a highly paid development manager from whom one actually expects such flashes of inspiration. Or a young engineer. It gets more points, ”says Misselhorn.

Depending on the number of points, the employee is awarded a percentage share in the employer's financial benefit. With a minimum score of three, the proportion is 2%, but typical scores tend to lead to a proportion of 8 to 21%.

License analogy determines the value of the invention and the reward

The financial benefit is usually calculated according to the so-called license analogy. It is based on the turnover of the invention. That is multiplied by the usual license rate. “Let's say an engineer has developed a battery for electric bikes. This has so far been sold 50,000 times for a unit price of 25 euros. Then the turnover to be taken into account can be 1,250,000 euros, ”Misselhorn calculates. However, sales discounts of 30% and more are often made. This takes into account that not only one invention is largely responsible for sales, for example the battery also benefits from several patents and expensive purchased parts.

The calculation of the sales discount often leads to controversy, as it is the most efficient adjustment screw for companies to adjust the remuneration, explains Misselhorn. This amount is multiplied by a notional license fee that the employer would have to pay if he were to use a free inventor's patent. According to the guidelines, the license rate for the electrical industry is between 0.5 and 5%. “If you set an average of 2.75% and do not make a discount because of the importance of the invention, that corresponds to a fictitious license fee of 31,250 euros. With a percentage share factor of 13%, the inventor has to participate in the fictitious license fee with a remuneration of 4,062.50 euros, summarizes Misselhorn.

Many inventors are disappointed with this level of compensation. Especially since the proportion is even lower if there are further patents on the product. "Of course, they must also be taken into account," says Joachim Mulch, lawyer and partner at Graf von Westphalen. The situation is particularly unfavorable for the employed inventor if the employer does not use the patent at all. Because then the development does not generate any profit by which the inventor's value can be measured. "Here the question arises why he doesn't use it"; makes mulch clear. "If he does not use it to keep competitors in check, then it definitely has a value." This is called blocking patents. In such a case, a lump sum is often paid. Read more about the calculation below. First of all, to report the invention. Because that too takes place according to a precise procedure.

According to Section 5, Paragraphs 1 and 2 ArbEG, an invention must be reported and described in text form. The employer must also confirm receipt in writing. The patent attorney Johannes Wehner from the law firm Dr. Wehner and Knapp in Fulda, Hesse, also recommends reporting ideas. “An invention does not have to be fully developed down to the last detail to be patentable. It must be new and commercially applicable and be based on an inventive step or on an inventive step. "

The notification of the service invention directly provides a feed for the remuneration assessment. Because in §5 Abs. 2 ArbEG it says:

"In the report, the employee has the technical task to describe their solution and how the service invention came about. Existing records should be attached insofar as they are necessary for an understanding of the invention. The report should indicate instructions or guidelines issued to the employee, the experience or work used by the company, the employees as well as the type and scope of their work and should highlight what the reporting employee regards as his own contribution. "

More on the subject of correctly reporting inventions to the boss from patent attorney Moritz Höffe.

"If the employer does not complain about the form of the submission after two months, the invention is considered duly reported according to Section 5 (3) ArbEG. This results in a number of rights and obligations for him, ”explains Wehner. The employer has to register a patentable service invention for the granting of a patent. However, there are exceptions: “In some cases, the patent is not applied for in order to protect trade secrets. In this case, the inventor is still entitled to remuneration if the employer uses the invention. ".

As the patent attorney emphasizes, the use of the invention by the employer creates a fundamental right to remuneration. "If the process of granting property rights is still ongoing, the claim for remuneration is due three months after the start of the act of use, otherwise, in accordance with Section 12 ArbEG, no later than three months after the granting of property rights". However, this should always be assessed on a case-by-case basis.

However, many companies are putting the question of compensation on the back burner. And Misselhorn repeatedly experiences in practice that employees do not follow up on fear of conflicts with their employer. But they come at the latest when the employee leaves and no longer has to be considerate. “In spite of the contractual exclusion periods, entitlement remains as a rule also after leaving the company,” says the graduate engineer. An exception would be, for example, if the claim is "blocked" after the three-year limitation period has expired. "I.e. Anyone who believes they have a claim against someone else must assert this within 3 years from the point in time at which they knew or should have known the facts giving rise to the claim. "

Flat-rate remuneration is also often used for blocking patents. "In this case, what matters is the turnover that the entrepreneur would make less," says Misselhorn. An invoice that is difficult to calculate.

The arbitration board at the DPMA mediates

In the case of a flat-rate fee in particular, there is therefore the risk that the sides will not agree. For such cases there is the arbitration board under the law on employee inventions at the German Patent and Trademark Office (DPMA). “If the employment relationship still exists, she must be consulted before a legal dispute. Otherwise the invocation is voluntary, ”says Misselhorn. The arbitration board takes a neutral look at the project and makes non-binding suggestions. If there is no agreement, the risk and benefit of the compensation action that is then due must be carefully weighed. “The loser has to bear all the costs. Depending on the amount in dispute, these can be high ". This requires a well thought-out legal action strategy in order to keep the risk as low as possible. You shouldn't rely on legal protection insurance here, because it doesn't help.

We come to the free inventions. If an engineer is inventive in his spare time, then he must also report the result to his employer in text form. And, if necessary, explain how he came up with the flash of inspiration. In this case, the employer has three months to assess whether it is actually a free invention. Incidentally, even if that is the case, the inventor has to offer it to the employer. He then has a non-exclusive right to use it on reasonable terms. If the employer does not accept the offer within three months, the privilege expires.

Misselhorn advises you to report an invention in any case. Even if it doesn't seem to have anything to do with work at first. “When a vehicle technology engineer develops a collapsible sandpit, it is initially not suspect. But if he develops plastic parts for the interior that are specially clipped and then a similar connection appears in the sandpit, things can look completely different ”.