What is the story behind the BTS run 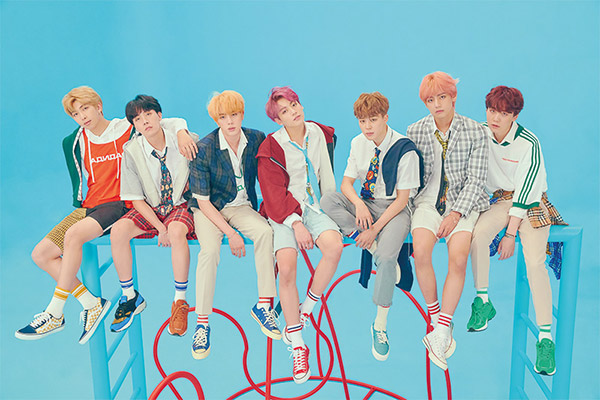 K-pop group BTS, also known as Bangtan Boys, is celebrating worldwide popularity. The band is considered number one in K-pop history. What is the group's popularity contributing to the Korean economy? According to researcher Oh Joon-beom from the Hyundai Research Institute, which published a report entitled “Economic Effects of BTS”:

BTS made their debut in 2013. Since 2017, they have gained tremendous popularity among teenagers and people over 20 all over the world. Last May, her song "Fake Love" immediately hit # 10 on the weekly Billboard Hot 100 hit parade. It was the highest chart position that a hit by a K-pop band has reached in the USA. The group's album also topped the Billboard 200 album chart. The worldwide popularity is also reflected in the number of searches on Google and the number of YouTube views. According to the statistics on Google Trends, online search for BTS has been increasing rapidly around the world. The K-Pop mega-band had 14 music videos with more than 100 million YouTube clicks by December 2018. In short, BTS enjoy phenomenal popularity that no other Korean wave star, or Hallyu, has achieved.

In the past year, BTS topped the Billboard 200 charts twice. In October they were the first Korean band to perform at Citi Field Stadium in New York, where big stars like Paul McCartney were on stage. BTS performed in front of a sold out house with 40,000 fans:

One of the most important success factors for BTS is that the lyrics tell the band members 'own stories and teenagers' problems so that they appeal primarily to fans in their teenage years or in their twenties. All BTS members compose music and write lyrics. Another reason for the immense popularity of the group is their active communication with fans and internet users. Even before their debut, the BTS members posted scenes from their dance choreographies and from their daily life on the social network in order to create a bond of sympathy with the audience. After their debut, they expanded their communication with fans via Twitter and YouTube.

BTS fans, who are now also called ARMY, believe in the “messages” of their idols. Many write that the band's songs helped them overcome emotional wounds. Last September, in a speech at the UN General Assembly, they spread the motto “Love Yourself” as a message. BTS also contribute to the Korean economy:

It is reported that when the popularity of BTS increases by one point, the number of foreign tourists in Korea increases by 0.45 percentage points. It is estimated that 796,000 foreigners have visited Korea annually for BTS since the band debuted in 2013. BTS-related exports have reached $ 1.1 billion, including $ 233 million in clothing, $ 426 million in cosmetics and $ 456 million in food products. In other words, BTS accounted for 7.6 percent of the total number of foreign tourists visiting Korea in 2017 and 1.7 percent of Korean consumer exports.

The Hyundai Research Institute estimates the annual production incentive effect of BTS to be worth $ 3.6 billion. That would roughly correspond to the sales volume of 26 medium-sized Korean companies in 2016. The institute estimates the annual increase in value at 1.2 billion dollars. When a band member last mentioned the brand name of a fabric softener, the product was immediately sold out:

Music and broadcasting industries are developing very quickly because new faces keep appearing. So it's hard to predict how long a Hallyu star's popularity will last. But unlike other K-pop stars, BTS have a solid fan base not only in Asia, but also in America and Europe. The number of fans is also increasing. BTS are therefore likely to remain popular for some time as long as they communicate with fans. Its popularity could also positively influence the activities of other Korean stars abroad.

The institute further suggests that the economic impact and added value BTS will generate between 2014 and 2023 could be $ 37 billion and $ 12 billion, respectively, if their popularity continues. That would exceed the $ 37 billion in economic effects the Institute believes were created by the Pyeongchang 2018 Winter Olympics:

Hope the popularity of BTS will help promote traditional culture and arts as well as popular culture of Korea. It will of course be difficult to convert a cultural phenomenon into an economic value. However, the proliferation of Hallyu could increase exports of cultural content and consumables and revitalize the local tourism industry. For this purpose it is necessary to develop the appropriate marketing strategies.

There have been good examples of the positive Hallyu effect on the Korean economy before. These included, for example, the TV series “Winter Sonata”, which came out particularly well in Japan, and the world hit “Gangnam Style” by the Korean rapper Psy. So South Korea has good reasons to develop further measures to encourage the trend.