Halloween in Paris: what to do - 6 tough tips for more horror

Halloween in Paris - and what can you do? Although the Halloween festival, which is celebrated on October 31st, is an American tradition in origin, Paris has a lot to offer Halloween fans ... 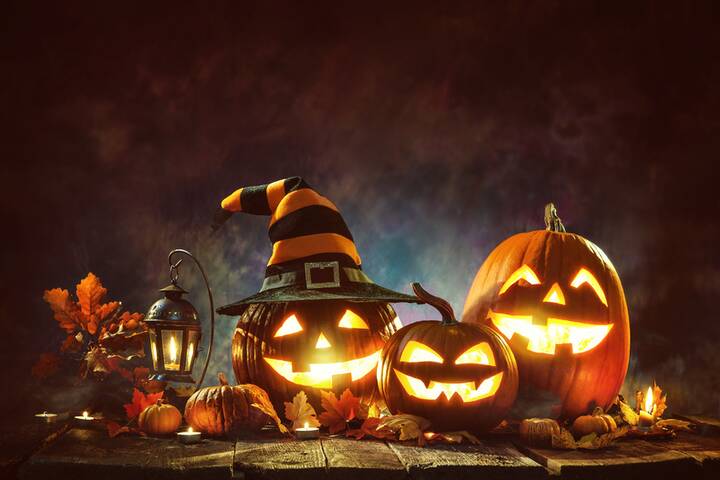 What to do in Paris on Halloween

Actually, there is little less the French like than to be Americanized. The average French would rather give up baguettes than happily consent to be Americanized. But Halloween seems to have something irresistible for him too. In any case, the festival is now celebrated almost traditionally in Paris.

The Halloween special at Disneyland Paris is well known. If you are not already scared in the midst of the Disney characters, you can watch how they, in scary disguises, spread shudder after shudder. If you want to have a great time, you can dance through the park with scarecrows and skeletons. How your environment then judges your state of mind, for that I take no responsibility.

Halloween decorations at Disneyland Paris are not for serious interior designers, but they are usually special.

Astérix Park Paris does not want to be left behind. Astérix, Obelix and the rest of the Gaul brood are originally French journeymen. But they still get involved on Halloween. There is a scary show and a 'pumpkin carving' workshop. How good that today you can offer workshops for anything and everything!

You will be terribly scared on Halloween in Astérix Park, especially if you dare to venture into the haunted houses ... If your fear grows into veritable phobias or panic attacks, it has nothing to do with Halloween, it should be treated therapeutically.

You can also make a pilgrimage to the horror cabinet Le Manoir de Paris. You can do that just as well on other days, but why not on Halloween? The horror cabinet is a little bigger a little creepier than usual. I don't even know how you're supposed to get out of there alive. Monsters and zombies reach out to grab you. And the phantom of the opera and the bell ringer of Notre-Dame flit unpredictably through the aisles.

Decoration and music do everything to make your stay dreadfully frightening. The best thing to do is arm yourself with baguette poles and only enter the walls as a member of a tightly organized and disciplined small group.

4. Halloween at the Musée Grévin

The Musée Grévin is a wax museum à la Madame Tussauds in London. Halloween is haunted here too, and everything is bathed in a gloomy atmosphere. A scare effect show does the rest.

I doubt whether the wax figures of Marilyn Monroe, Cristiano Ronaldo and the like come across as creepier than usual on Halloween. But feel free to check it out. I think Cristiano Ronaldo is the scariest when he scores goals against German teams entirely of flesh and blood.

Halloween in the rest of the city

5. You don't have to do something special to make Halloween special in Paris. In the nightlife districts, bars and nightclubs organize so many Halloween celebrations and themed parties that I can't think of a motto for them.

6. Many Parisians celebrate privately. Just look for a sympathetic Parisian woman, put a pumpkin on her head and ask in a nice and creepy manner whether you can join the party. I do not guarantee anything.

In one thing, the Parisians are brilliant. They've managed to minimize the number of those marauding underage candy junkies that haunt many other cities on Halloween. And how did you do it? Number codes! In Paris, the entrance of every self-respecting house is protected by a number code. Unless they live in the house themselves, it is difficult or impossible for them to get in. This is probably the deeper reason why the French children are not quite as obese as the American ones. But only as a theory on the side.