Is graphene a futuristic material?

Graphene foam is so much more stable than steel

Graphene is really a miracle material: it has now been possible to produce a foam from graphene with quite astonishing properties. The foam is light as a feather, but many times more stable than steel. How come 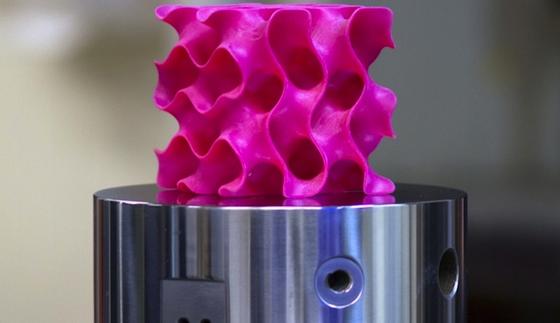 3D printer gyroid models like this one were used to test the strength and mechanical properties of a new lightweight material.

Graphene is a two-dimensional nanomaterial. The carbon variant is only one atomic layer thick and only extends in width and length. Researchers at the Massachusetts Institute of Technology (MIT) have now constructed a spongy material made of graphene that is only around five percent the density of steel, but ten times as strong. It was made with a high resolution 3D printer.

Although graphene is considered a miracle material because of its hardness, among other things, it has so far only partially been possible to transfer this stability to usable three-dimensional graphene materials. 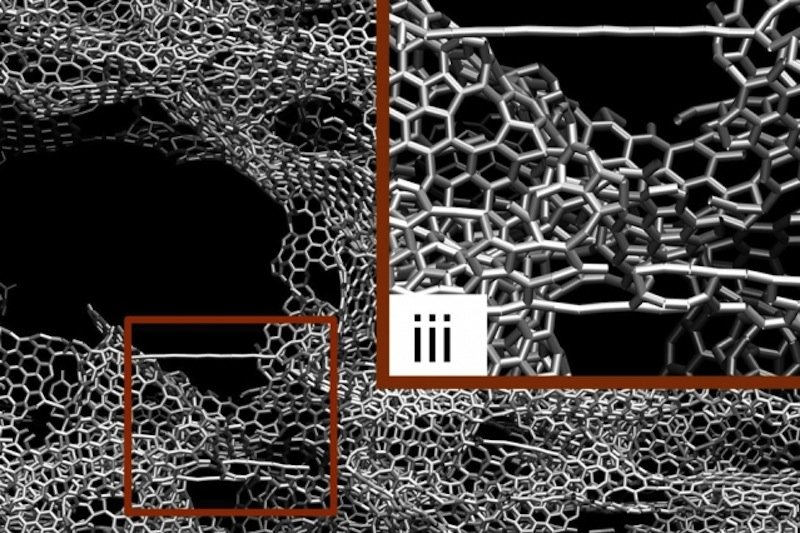 The illustration shows the results of the simulation tests for tensile and compressive strength of the 3D graphene structure.

One of the reasons for this: It was not previously known which properties a three-dimensional graphene foam needs to be light and yet stable. Prof. Zhao Qin and his MIT colleagues wanted to find out and investigated the structure of foams and lattices made of graphene.

To do this, the MIT team first constructed a graph cube using very precise computer models. The researchers welded 500 leaves of the two-dimensional graphene lattice with 500 spherical placeholders under heat and high pressure to form three-dimensional, porous structures. The placeholders dissolved, leaving voids in their place.

Thinner walls are more stable than thicker ones

The holes result in a plus in surface structure, which gives the structure strength, and on the other hand, the cavities ensure a low weight. Tests have shown that this graphene foam is ten times more stable and tensile strength than steel, although it only has five percent of its density.

However, the tests also showed that it was the cubes with thinner walls that were significantly more stable than those with thicker walls. The latter literally exploded when the weights pressed on them. The thinner version, on the other hand, retained its shape and collapsed in a controlled manner.

The MIT researchers explain the result of the experiment by saying that the thicker walls store the force exerted by the pressure as tension energy and then release it all at once, while the thinner walls are continuously deformed. They found that graphene does play a role as a material for hardness, but more decisive is the geometric shape.

“You can replace graphene with any other material. The geometry is the dominant factor. It has the potential to change a lot of things, ”says Markus Buehler, head of the Civil and Environmental Engineering department at MIT.

The structure developed by MIT could also be used for plastics and metals to create ultra-light, resistant materials, for example for building bridges. Super-light and ultra-stable materials would also be ideal for use in aircraft and automobile construction. And not just there.

Smallest light bulb in the world

Would you like to learn more about graphs? Here we present you an industrial solution for the production of graphene, which was developed by researchers from Aachen and Jülich. 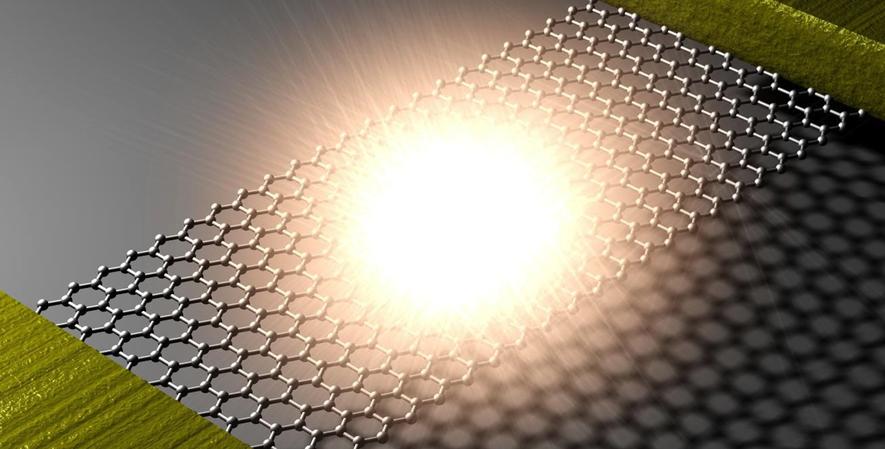 Smallest incandescent lamp in the world: It consists of a graphene filament between two electrodes. The material can withstand temperatures of several thousand degrees Celsius.

And at this point we report on the smallest incandescent lamp in the world, which consists of a graphene filament between two electrodes. The material can withstand temperatures of several thousand degrees Celsius.