Is the magnification in a convex lens positive?

In experiments on optics, these two things are often used to bundle, focus or deflect light rays. For this reason, we would like to introduce these important devices in more detail here.

lenses
A lens consists of two surfaces that can refract light. These are either both concave or both convexly curved or one surface each is concave or convexly curved. Probably the most important size of a lens is its focal length.
In most cases a lens is circular and its free area, which is needed to change the light, is called the aperture. In addition to the aperture and the focal length, the radius of curvature of a lens also plays a role. If the center of curvature of a surface is to the right of the optical center of the lens, then one speaks of a positive radius of curvature, and if the center of curvature is to the left, of a negative.
A distinction is now made between different types of lenses, depending on their shape: 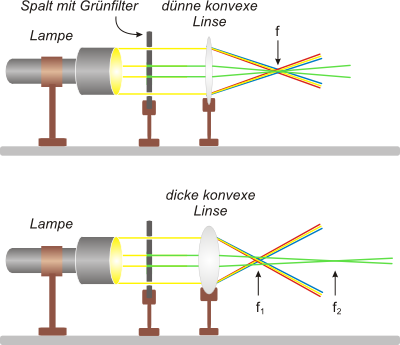 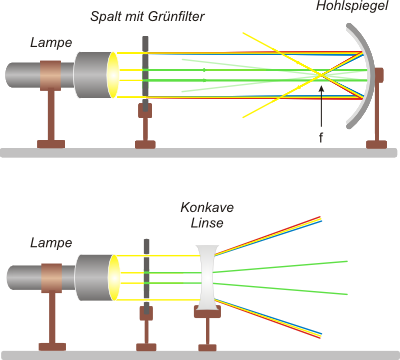 is the focal length of the lens,

the so-called object distance, i.e. the distance between the object and the optical center of the lens and

the image distance (the distance between the image and the optical center of the lens). Do you know the magnification

of the system, the image distance or the object distance can be determined with the help of the focal length. Furthermore applies to the size of the object

If the lens equation for a system is fulfilled, the image of the object can be seen clearly.
In order to adjust the optical setups as well as possible in the individual experiments, one should pay attention to the focal lengths of the lenses and make clear what kind of lenses it is and what the path of the light rays in the system looks like.

and receives for enlargement

the viewing angle is without a magnifying glass and

the reference viewing distance. For the human eye, this is 25 cm.