What is Pixar Animation Studios

Pixar boss Steve Jobs (50) becomes the largest single shareholder of Walt Disney Co. with around six percent and one of the most influential men in the media business. Multi-billionaire Jobs, who is also the founder and CEO of Apple Computer, holds 50.6 percent of Pixar shares. 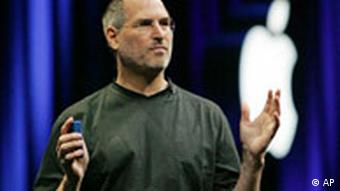 Apple and Pixar boss Steve Jobs will become even more influential in the media industry with the planned takeover.

Pixar shareholders will receive 2.3 Disney shares per share. According to industry circles, Disney is paying a high price for the studio, which has annual sales of $ 273 million.

Pixar has set new standards in the animation genre with successful films such as "Toy Story", "Finding Nemo" and "The Incredibles". The films have grossed $ 3.2 billion to date and won 20 Academy Awards.

Disney and Pixar have been partners for more than twelve years. The media giant Disney had distributed and co-financed numerous Pixar films. However, the collaboration threatened to end a few months ago due to increasing tensions between former Disney boss Michael Eisner and Pixar boss Jobs.

However, the new CEO of Disney, Robert Iger, succeeded in re-establishing a good relationship with Jobs quickly after taking office in the fall of 2005. 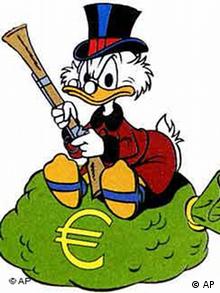 Disney creation Dagobert Duck: The group wants to rely more on animation instead of hand-drawn films.

For Disney, buying Pixar is very important. The traditional group is currently in a difficult transformation process: In the past few years, the former industry pioneer Disney was not very innovative and had problems growing through creative ideas.

Now the company wants to increasingly replace the hand-drawn films that made it famous with computer-animated productions. A first attempt is the recently released film "Himmel und Huhn" ("Chicken Little"), which had only moderate success in the USA.

Far-reaching consequences for the industry

According to industry experts, the innovative Apple and Pixar boss Steve Jobs could benefit from the merger. The merger of the two companies opens up the possibility of breaking down the long-standing boundaries between content, computer hardware and digital distribution. 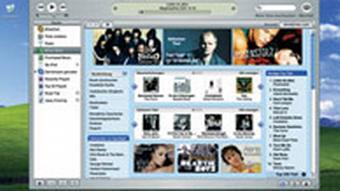 Digital shopping with Apple iTunes: the boundaries between content, PC manufacturers and digital distribution could disappear.

Media companies have been reluctant to offer content on the Internet for fear of piracy. PC manufacturers, on the other hand, are striving to expand their range of content because they expect sales growth from it. (vh)