Many citizens are mistaken about the consequences of their environmentally harmful lifestyle, says economist Niko Paech. He calls for a radical change of direction. 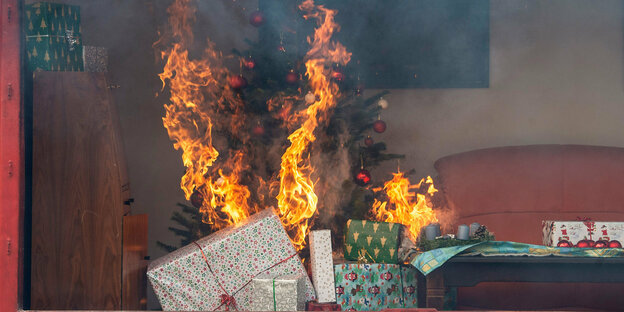 BERLINdpa | At the start of the World Climate Conference in Madrid, the economist Niko Paech certifies that many citizens are deceiving themselves about the fatal environmental consequences of their lifestyle. In the midst of the complaints about the climate crisis, the demand for decadent luxury, of all things, which brings with it immense emissions of climate-damaging greenhouse gases, said the economist from the University of Siegen told the German press agency.

“These are cruises, these are SUVs, this is air traffic, digital electronics and the demand for even more living space.” This is pure comfort that cannot be justified as the satisfaction of essential basic needs. "This reveals the lie of a society whose majority thinks it is climate-competent, but lives like ecological vandals." The UN climate conference, which begins on Monday in Madrid, advises on how global warming can be limited to a bearable level without that ecosystems will collapse in a few decades.

Paech said a radical change of direction was necessary to drastically reduce greenhouse gas emissions quickly. For decades, attempts have been made to decouple economic growth from environmental damage of all kinds. “And we have achieved nothing, absolutely nothing.” It is one of the most fatal self-delusions to think that we can maintain our level of prosperity and at the same time do what is necessary to be able to survive in the face of the impending climate catastrophe and the massive extinction of species.

It is therefore not only essential to have an economy without growth, but also to have a dismantling program. But this is not a march into asceticism or the Middle Ages, but can be understood as a liberation from excess, said the scientist. “What is urgent is the dismantling of a mobility that corresponds to decadent luxury and consumes masses of oil in the process. There is no human right to book a cruise. There is no human right to take a vacation by plane. ”However, there were endless possibilities here in Europe to vacation without kerosene.

Paech went on to say that it is necessary to “clear out our lifestyles” and to build an economy in which repair and maintenance are once again an important factor. Products would have to be used longer. This would also curb the enormous increase in freight traffic as a result of online trading, he said. Industrial agriculture must also be rebuilt according to Paech's ideas. “Smaller eco-farms managed in solidarity could produce for their region. This would save a huge amount of effort in terms of packaging, transport, and cold chains - and at the same time it would benefit biodiversity, groundwater and soil quality. ”For this purpose, gardens and rental fields should also be activated to enable self-sufficiency on a small scale.

According to the ideas of the climate economist, a building oratorio is also necessary. "Every additional square meter of living space that we create is an ecological catastrophe." On a global scale, an extremely large amount of electricity is also consumed by the Internet, he told the dpa. "A radical, but serious suggestion would be to switch off the Internet every other day - this can be started now on a voluntary basis."

Uprising of the actors

In his opinion, one should not rely on effective political regulation at the moment. "A democratically elected government can do a lot, but not one thing: to ignore the lifestyles of a majority of the population and reduce prosperity," said the economist.

Voter acceptance for reductive measures is conceivable, however, if experimental fields, real laboratories, networks of self-help and nests of resistance against the mobility, consumption and digitization mania arise decentrally in niches of society. “This would be an uprising by the actors. At the same time, these pioneers could delegitimize and challenge those who act ecologically irresponsible for no good reason by using counter-drafts - in the neighborhood, school, at work, in the pub. "