The most well-known blood group system is probably the ABO system with the four blood groups A, B, AB and 0. Only one gene is responsible for the blood groups, which is not present in two but in three alleles.

The two genotypes AA and Ao can be responsible for phenotype A, and the two genotypes BB and Bo for phenotype B. So if a man has blood type A, he doesn't know whether he is homozygous AA or heterozygous Ao, both are possible. Unless he has a child with blood type B. Then he must have the genotype Ao, while the mother of the child must have the genotype BB or Bo. Should the couple have a second child, who then has blood group 0, the mother's genotype is also determined, namely Bo.

Only the children provide information about the genotype of the parents

Who or what actually causes the various blood groups in humans?

Let's look at the erythrocytes, the red blood cells. Erythrocytes have a very simple structure. Basically, they are "bags" with some cell plasma and a lot of hemoglobin (red blood pigment) that do not even contain a nucleus.

The membrane of the erythrocytes contains glycoproteins and glycolipids, i.e. proteins and lipids that are linked to sugar molecules. Two of the glycolipids are responsible for blood groups A and B.

Interestingly, these two glycolipids are closely related, they have a common ancestor. Infants only have what is known as the H antigen on their red blood cells. This is a lipid, or protein, that is linked to five sugar molecules:

The structure of the H antigen

The "correct" blood group antigens can then develop from this "baby antigen".

The illustration above is not entirely correct, infants already have active glycosyltransferases (in the corresponding subtype of their AB0 blood group), which couple the necessary sugar residues to the H antigen. However, infants do not develop the corresponding antibodies against AB traits until they are one year old.

So why are the blood groups so interesting at all? It is well known that blood groups are important for blood donations. A person with blood group A must not receive blood from blood group B because the blood then clumps, which is usually fatal. The antibodies that everyone carries in their blood plasma are responsible for the clumping. 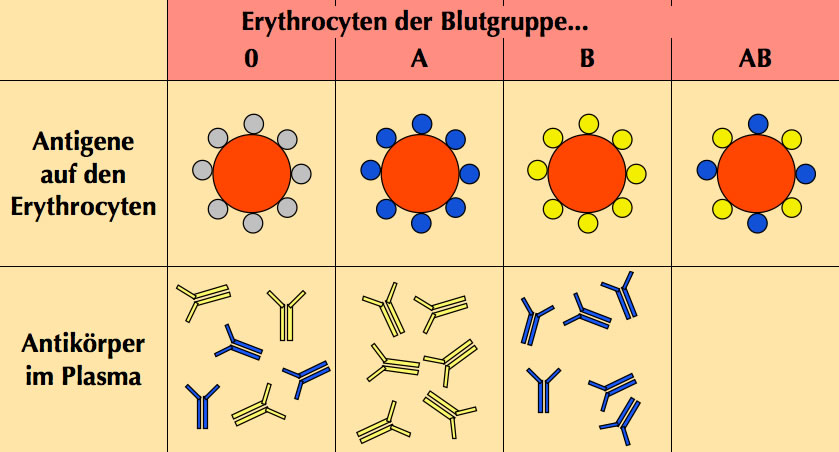 Landsteiner's experiments (1900) and the explanation for the results

The figure above shows when a blood transfusion can clump. The figure below provides the explanation for this behavior. 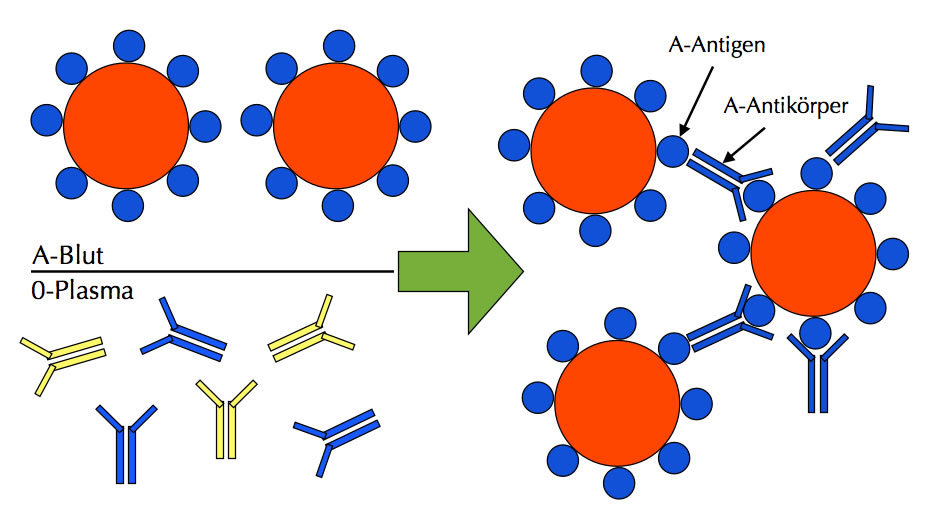 As an example, we want to look at a typical inheritance. 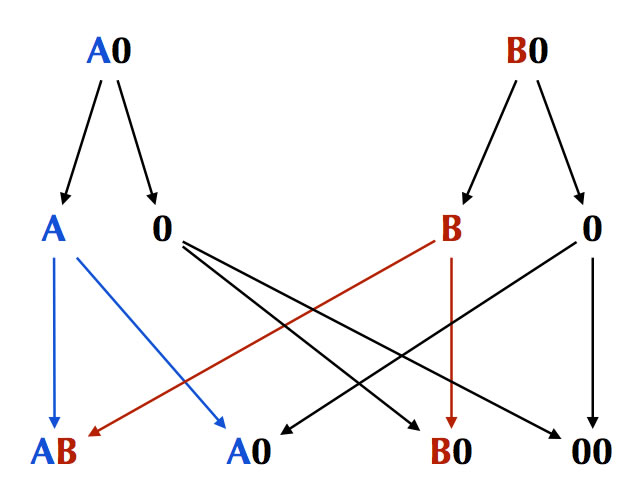 In the maternity ward of the Lübbeck hospital, four children were born in a turbulent night and accidentally left unmarked. However, their blood groups could be determined as A, AB, B and 0.

The corresponding examination of the four pairs of parents showed:

Play the assessor and save the family happiness of the four affected families by assigning the children to the parents.

First you assign the child with blood group 0 to pair 1, because these two parents cannot have any of the other children under any circumstances.