How do hormones affect your brain

Hormones: which messenger substance does what?

Happiness hormones, cuddle hormones, sex hormones: everyone has heard of them. But what do the messenger substances do in the body? The most important hormones and their effects.

"These are the hormones" - this is the phrase that pregnant women hear all the time. However, not only expectant mothers are influenced by the body's own substances, but every person. "The hormone system is part of our internal company organization," explains Peter Walschburger, biopsychologist from the Free University of Berlin. Basically nothing works without hormones. An overview.

When a person gets injured, the body does something pretty awesome. He pours out painkillers: endorphins. This is not a mild drug like everyone has in their medicine cabinet. "Endorphins are the body's own opiates," says Walschburger. The body keeps these substances in stock so that people are still able to react in an emergency.

Adrenaline is responsible for mobilizing additional forces so that people can escape. The messenger substance is formed in the adrenal medulla and from there it is released into the bloodstream. All over the body, adrenaline activates receptors that constrict the small blood vessels so that blood pressure increases. "That's what makes hormones so special: They are released in one place, but can have a completely different effect," explains Prof. Matthias M. Weber, spokesman for the German Society for Endocrinology.

Serotonin, dopamine and noradrenaline are hormones and neurotransmitters that are responsible for the transmission of excitation from one nerve cell to another, explains Prof. Joachim Spranger, Director of the Clinic for Endocrinology and Metabolic Medicine at the Berlin Charité. Serotonin ensures that people feel alive during the day - which is why it is often referred to as the “happiness hormone”. Together with dopamine and noradrenaline, it puts the proverbial “rose-colored glasses” on lovers.

Estrogen and testosterone: Sex hormones can do a lot

Thanks in part to the two sex hormones, women look like women and men like men. They influence the sensation of pleasure and the ability to reproduce. But that's not all: "Estrogen is also important for bone structure, for example," says Spranger. After the menopause, the body gradually ceases to produce estrogen - this is why bone density often decreases in women. "Testosterone, on the other hand, is not to be equated with lust," explains Walschburger. For example, there is also a connection between the hormone and a sense of achievement. If the favored team wins a football match, for example, the testosterone level rises - "even if the fans only sat in the stadium and didn't play themselves."

Hormones such as triiodothyronine and thyroxine produced in the cells of the thyroid gland are among the messenger substances that work throughout the body. They are involved in the regulation of the cardiovascular system, stimulate the metabolism and thus ensure that the body always has enough, but not too much, energy available.

Cortisol: stress hormone gives you strength for the day

Cortisol is produced in the adrenal cortex and, like adrenaline, is a stress hormone. But it is not only poured out when the person feels stress. Without enough cortisol in the bloodstream, humans would not be able to live at all. It would be hard to get up in the morning at all. Cortisol affects both blood vessels and metabolism. It is particularly important for the blood salt balance.

Insulin enables the body to store energy. If a healthy person has eaten carbohydrates, the islet cells in the pancreas release insulin. The insulin then opens up the cell walls so that the sugar can get into the cells and be stored there. As a result, blood sugar levels drop: a vital mechanism.

While lovers turn their heads with a mix of serotonin, noradrenaline and dopamine, the brain pours out oxytocin when an affair turns into a love affair. It also affects how well a person interacts with others outside of couple relationships. So attachment hormone might be the more appropriate term. Oxytocin is especially important for the relationship between parents and their children.

The growth hormone somatropin is - as the name suggests - responsible for growth in children. In adults, it is responsible, among other things, for the distribution of fat in the body. If you want to have an athletic body, you should stimulate the release of growth hormone. In contrast to other hormones, people can do this very consciously, explains Spranger: "For example, by getting enough sleep."

Frischepost delivers fresh groceries from small farms and manufacturers in the Berlin-Brandenburg region directly to your home or workplace. more 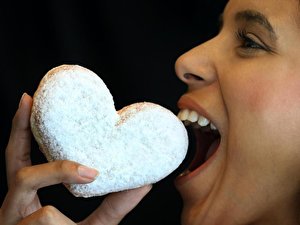 Cookies in the morning, chocolate after lunch: why do some people crave sweets so much? Danish researchers have identified a new factor. more 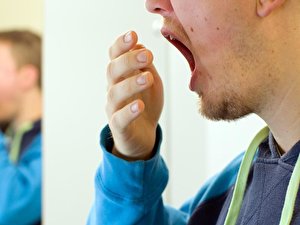 Lack of sleep can disrupt the hormonal balance

Those who don't get enough sleep run the risk of health problems. The most common disorders include insulin resistance and metabolic syndrome. more

Wellness and relaxation for all the senses

Whether a visit to a thermal bath or a restaurant, a wellness treatment or an overnight stay in a hotel - with the Spreewald Therme voucher you decide on your individual wellness package. Order online now! more

Appearance is an important feel-good factor: addresses for everything to do with beauty in Berlin, from hairdressers to waxing studios. more

The most important food and nutrition fairs in Berlin with dates, descriptions and directions. more