It has been known for more than 2000 years that certain fish can deal painful electric shocks when touched, which can cause numbness and numbness. Tomb paintings in Egypt already show the trembling catfish (Malapterus electricus), which can generate discharges with a strength of several hundred volts. Such strongly electric fish use the current surges for defense against enemies or to stun or kill prey.

It has only been known since the end of the last century that there are also large numbers of weakly electric fish. They generate voltages of just a few volts, which are imperceptible even when you touch the fish. The purpose of the discharges is also completely different: on the one hand they serve for intra-species communication and on the other hand to locate objects in the water.

Weakly electric freshwater fish are native to the tropical rivers and lakes of Africa and South America. All of them have at least one so-called electrical organ that is used exclusively to generate voltage pulses. This electrical transmission system is completed by appropriate receivers: special sensory organs that are distributed over the entire fish body and perceive weak tensions in the water. They register both the discharges of other fish and the signals from the transmitter.

As early as 1958, Hans W. Lissmann from the University of Cambridge (England) had proven that weakly electric fish are able to locate objects with their special sensory organ. This opens up a new world for themselves - they can also orientate themselves at night or in very cloudy water by scanning their surroundings with the help of the electrical signals they have generated themselves. In fact, almost all weakly electric fish are nocturnal and hide between stones or roots during the day when their visually orientated neighbors are hunting for prey.

It has long been known from behavioral experiments that such fish can perceive objects by changing the electrical signals sent by the animals. If they approach an electrical non-conductor (for example a stone), the amplitude of their discharge is locally weakened at the skin areas that are closest to the stone; with a conductive object, however, the perceived signal strength increases.

One of us (from the Emde) investigated whether the animals with their special sense can also recognize other material properties of an object in African Nile pike of the species Gnathonemus petersii (Fig. 1). This revealed an astonishing sensitivity of the fish to capacitive properties, such as living objects - i.e. other fish, aquatic plants or the small prey of the Nile pike (especially insect larvae) they typically have: their tissue contains membranes and epithelia that act like small capacitors. In contrast to this, inanimate objects are mostly only purely ohmic resistances. The behavioral tests showed that Nilhechte can unequivocally identify capacitive objects and distinguish them from ohmic resistances even if both objects change the amplitudes of the transmitted signals in the same way.

The discovery of this ability to differentiate was all the more surprising as it initially seemed inexplicable physiologically. Capacities have an electrical apparent resistance (impedance) that weakens or amplifies the fish signals in a similar way to an ohmic resistance. In addition to the local signal amplitude, the animals have to register something else that typically only occurs with capacitors.

In further experiments we were able to find out what this is about: A capacitor not only changes the amplitude of the fish signal, but also the shape of the pulse as a result of a phase shift - it distorts it. This distortion reaches its maximum in the signals of G. petersii at a capacity of 1 nanofarad (billionths of a farad) and then weakens again. Most organisms in the habitat of the Nile pike such as aquatic plants, fish and other insect larvae have capacities between 1 and 50 nanofarads, so that they significantly distort the tension pulse of the fish. As our experiments showed, the Nilhecht is apparently able to recognize these distortions independently of the signal amplitude.

In order to understand this amazing ability, we took a closer look at the receptor organs responsible for electrolocation in Nile pike, the Mormyromasts. It was already known from anatomical studies that they have two morphologically distinguishable sensory cell types. These A and B cells are innervated by separate nerve fibers that lead to different areas of the fish brain. In electrophysiological experiments, both types of fiber react to the signal of a weakly electric fish by sending one or more impulses to the brain after a short latency period.

In order to study the properties of the two types of fibers more closely, we played digital recordings of their own signals stored in the computer for the Nile pike and recorded the response of the fibers to these stimuli. We had shifted the phase of the signals, partly with the help of a computer, so that they were distorted in a similar way as in the presence of a capacitive object. As the measurements showed, the A-fibers reacted in the same way to all test signals; Pulse distortion was simply ignored. The B-fibers, on the other hand, behaved significantly differently: if the test signal showed even the smallest phase shift, they sent more nerve impulses towards the brain after a significantly shorter latency period. A phase shift of just one degree - this corresponds to a change over time of less than a millionth of a second - was sufficient to significantly change the response of a B-fiber.

The B-fibers also show this special reaction under natural conditions: If the fish approaches a capacitive object, their activity increases significantly, while the A-fibers only respond to the changed amplitude of the fish signal (Fig. 2).

With these findings we believe that we have solved the riddle of how Nilhechte differentiate between capacitive and ohmic objects: In their central nervous system there could be a compensation mechanism that compares the incoming nerve impulses from neighboring A and B fibers; if the B-fibers fire more often and faster, then an object has distorted the shape of the discharge of the electrical organ and thus shown itself to be capacitive.

With their special transmission and reception system, weakly electric fish can not only locate an object even in complete darkness, but also sense whether it is edible or just an obstacle. They really have a seventh sense, which is of great use to them in their living space. 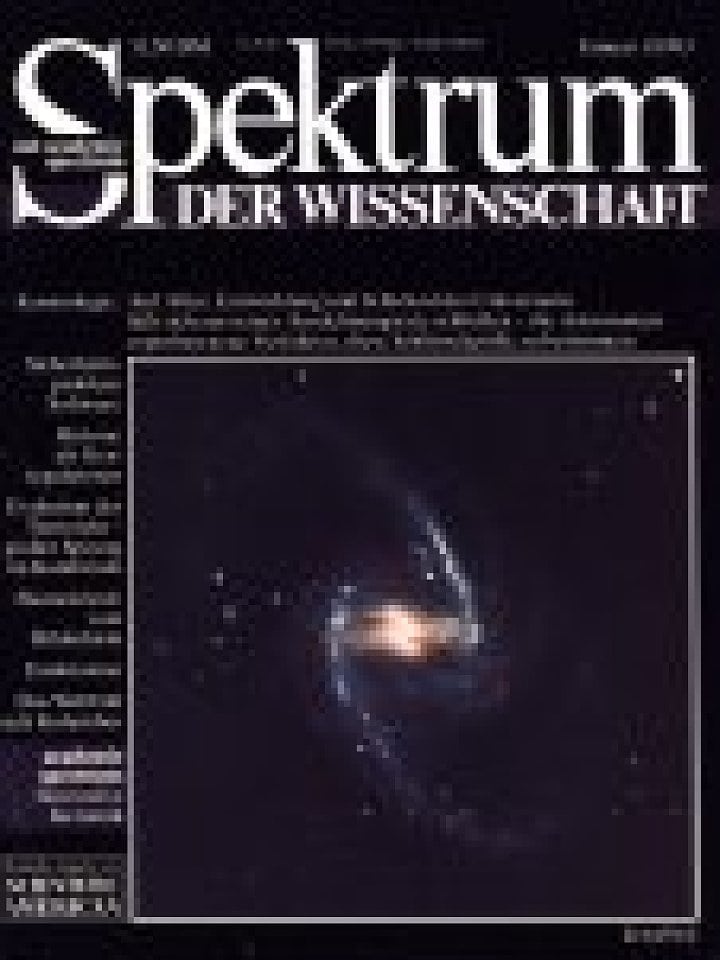 This article is contained in Spectrum of Science 1/1993