Where do raccoons go during the day

Naturalized neighbor on the rise

The adaptable new citizen polarizes: While some see him exterminated, others plead for peaceful coexistence. But he is probably not the big scapegoat that he is often made, because, as is so often the case, the truth is more complex. 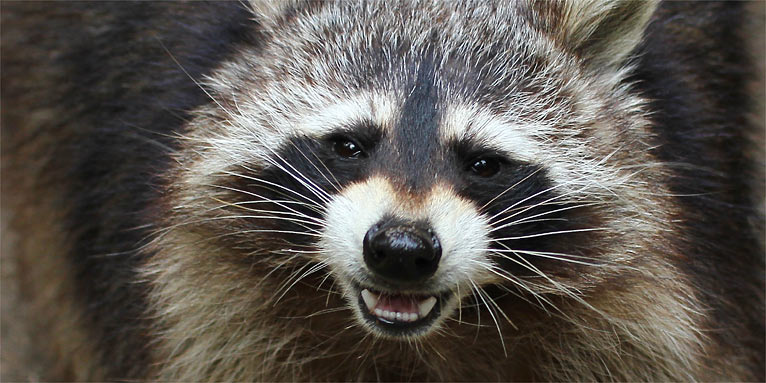 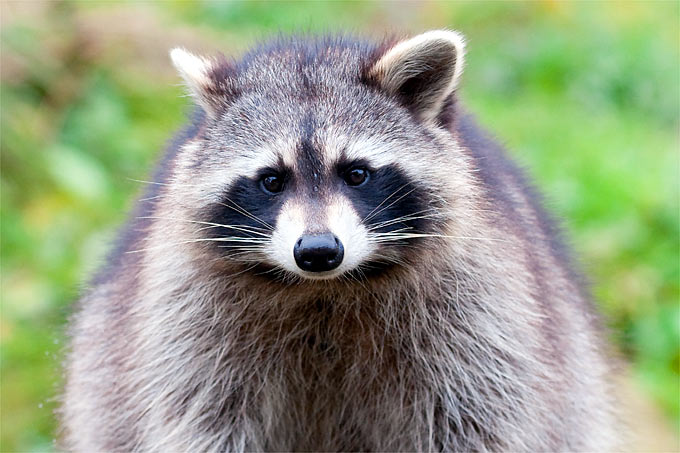 At dusk, the raccoons come out of their daytime hiding places in tree hollows, old fox burrows and human dwellings. They are easy to recognize by their grayish fur, the curled tail, the black face mask and the hunched posture when running. The raccoon goes in search of food. The raccoon, a member of the small bear family, is not picky about his diet. He likes to hunt in water and prey on small fish, crabs and frogs. He often feels for prey underwater with his front paws. On land, birds, lizards, salamanders and mice can also be part of his diet. Vegetable food is not spurned either, for example, he also eats fruit and nuts. While there are times in the forest, the original habitat of the raccoon, when the food supply is scarce, in human proximity he often finds a richly laid table. Leftovers in the garbage and on the compost, windfalls and filled bowls for pets are like an invitation for the raccoon. As an adaptable and adaptive animal, it has no problems with survival in parks and green spaces. 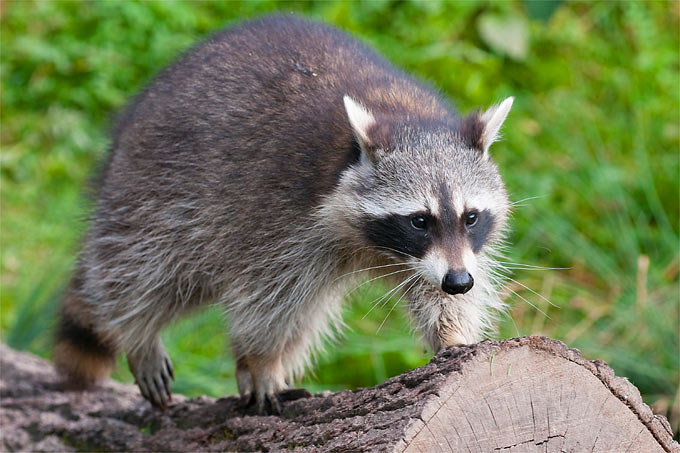 As a fur supplier, the raccoon was brought to us from North America in the 1920s and 30s and in the following years it lived mainly on fur farms. The raccoon was first deliberately released in Hesse in 1934 with the aim of resettling it with us. If the raccoon was still under nature protection in the years that followed its settlement, Hesse was the first federal state to include the small bear in hunting law. Today it falls under hunting law in almost all federal states. Dealing with raccoons as a “new citizen” in Germany is a controversial issue.

While some call for its re-extermination and thus a vehement hunt, others are of the opinion that the raccoon is now part of our native fauna and thus has the right to a peaceful existence. In terms of population ecology, it has also been shown that hunting or catching with the aim of reducing the population density is mostly unsuccessful: Raccoons can compensate for population losses through an increased reproduction rate, and if they were "removed", new animals from the surrounding areas would then move to the unoccupied ones Move up living space. 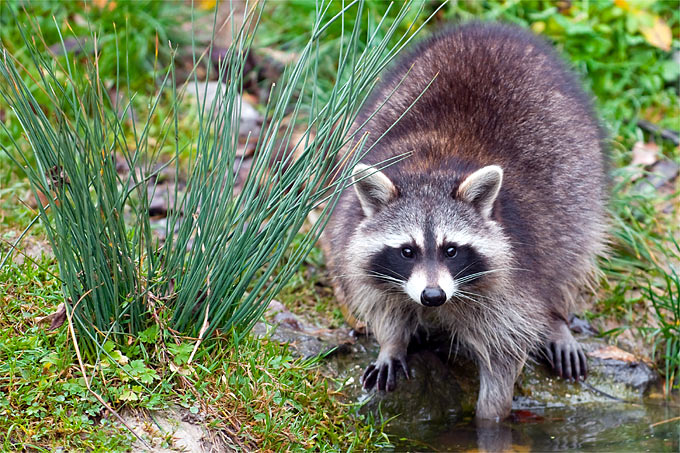 Nonetheless, there is evidence of locally negative effects of raccoons on native wildlife. For example, the raccoon can pose a local problem for the ground-breeding lapwing, amphibian or even the red kite. But as is so often the case here, the more diverse and structured nature, the less impact the raccoon predation has. Rather, the focus should be on protecting habitats and not hunting raccoons as a consequence. Suitable habitats should be made available, especially for smaller mammals, amphibians and birds, and hiding places and a larger food supply should be created through hedges or old trees. Hunting raccoons for species protection reasons should always be checked very carefully and can only be of benefit in individual cases.

In some regions of Germany, such as in the greater Kassel area, the raccoon has high population densities. If you hear it rumbling and rattling again in the attic at night, this can definitely indicate that the guest, sometimes unsolicited in human settlements, has found the entrance to your own house. In order not to make it too easy for visitors to access and stay in their own home, the following information should be observed:

So that it doesn't even get to the point where the raccoon becomes a permanent guest in your garden, the following tips can help:

Basically: Through careful behavior, a peaceful coexistence and coexistence of humans and raccoons is possible.

Do you have questions?