What makes a good band name

One Find band names you have to at the latest when the first appearance is imminent - it is an important step. So that you know what is important with a band name, how it stays in your memory and how no other stands for your band, we tell you how you can find your very own band name. 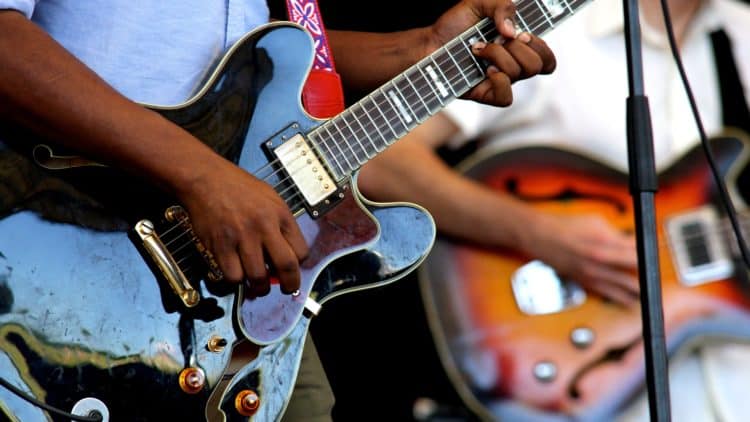 Finding band names made easy: The best ideas and approaches to find the right name for your band. 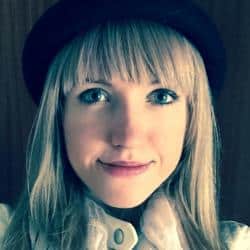 How to find a good band name

The choice of the right band name should be carefully considered, after all, this will shape your band for many years and they will perform with this one. It is therefore essential that you take the time to look for a suitable and good name.

There are a few factors that make a really great band name. We'll explain which ones they are.

Choose a band name that suits your band

Sure: Your band name should of course suit you and your music and reflect the direction in which you are going and which genre you play. Whoever hears your name has a certain picture in mind. When he sees one of your posters, he often decides based on your name whether or not to attend a gig of yours.

So if you are a member of a heavy metal band, a distinctive and strong name fits better than "The Singing Birds".

A band name should be remembered

"I was with ... yesterday, well, this new band ..." - If your band is to be remembered, you should Find band namesthat will not be forgotten.

Your fans can remember a short name better than many words in a row. Also, a name that is a little more unusual will go down well and burn itself into the minds of those who hear your music.

So when you think of the band name, think of your fans and not just of you as a band.

Fans should be able to pronounce the band name well

A tongue twister can be funny - but hardly anyone can pronounce a complicated band name. Therefore, make sure that your name gets off the lips. Because only then can your fans tell others about you.

Fantasy names are allowed, but should match common language habits and not be crazy gibberish.

Be creative with the band name

Band names should be creative and eye-catching

“Tom, Tino and Annegret” may clearly describe who you are. This band name isn't particularly creative and pretty interchangeable.

If you decide on a common name, there is also a high probability that another band will already be performing under the same name and that fans will confuse each other. So get creative and try different combinations.

Your band name ideas can be funny, artistic and - if you want - thoughtful. Boring band names have no place in the music industry.

How others find their band name: 3 famous examples

Do you need a little inspiration and want to know how other bands got their name? Find out the history of three well-known band names and the meaning behind them.

You thought the Ramones were related? In fact, the band members only exchanged their real last names with "Ramone". And this name in turn comes from Paul Ramon - a pseudonym under which the former Beatle Paul McCartney performed in 1960 as part of a tour of Scotland.

The idea came from Ramones bassist Colvin, who called himself Dee Dee Ramone. The other band members followed suit. As you can see, other musicians can also provide you with ideas for a band name.

The name of the band Queen is short and sweet and yet there is a lot behind it: Freddy Mercury liked the name because it meant theatricality and the big show to him.

The band name should sound pompous and above all go with the eccentric appearances of the front man, who also liked to appear in a royal cloak and who took up the whole room for himself.

The British rock band Led Zeppelin did not have to find a band name themselves, because Keith Moon - the drummer of The Who did it for them. He said that a band around Jimmy Page - the guitarist of Led Zeppelin - would go under like a leaden airship. “Lead airship” means “lead zeppelin” in English.

You wonder what happened to the "a"?

Quite simply: So that the name was not pronounced like the English word for “lead”, producer Peter Grant suggested that the “a” should be deleted and the band Led Zeppelin be made.

If you want to find a band name, you should keep your eyes and ears open. Everyday events and funny coincidences can provide you with great inspiration.

Now that we have discussed the theory, we should of course start looking for the right band name. We have put together simple step-by-step instructions for you.

1. Define your style of music

Important if you have one Find band names want: You should of course know what music you play and what genre your band and your songs belong to. First, create a clear picture of your band. Every member should know what the band stands for.

The next step is brainstorming. Write down all the words that you associate with yourself, your music and the songs.

These can be nouns like “guitar” or “love”, but also adjectives like “wild”, “casual” or “cool”. Words from other languages ​​are also allowed.

You can always decide later whether the band name should sound German, English or even French. Also, think about which places or events are meaningful to your band.

You have now collected a large number of words. Bring these together and combine words with each other. Two to four words are ideal.

The combination can consist of several nouns, but also of a noun and an adjective. Try out which band name ideas sound good and mark your favorites.

Have you picked out your favorites, but they are still a little too long? Try to shorten it. If you don't want to do without your long, cool band name, think about choosing an abbreviation.

Then all the fans ask themselves which name is behind the mysterious letters - if they can remember the abbreviation.

Talk to your family and friends about your band name ideas and do a little poll. Introduce them to a selection of names and ask them if they think they are right for you.

Maybe they have a completely different picture of you or provide you with new ideas and inspiration.

6. Check whether your favorite already exists

Once the band name has been found, you should check the Internet whether a band with this name already exists. If this is the case, there is not only a risk of confusion, but it could also become critical if the name is already protected. Then you should keep looking or choose a second favorite.

7. Sleep on top for a night

A name that inspires you today may bore you the next day. So sleep one - or more nights - over it and then sit down with your bandmates again.

8. Perform under your new name

Now is the time for your first appearance under the new name. Print posters with the band name and - if you want and need - produce merchandise with your new name.

A band website is also important and increases your visibility on the internet.

Would you like to let chance play a little or are looking for inspiration, a Band name generator help. He will need some information from you and will create suitable band names in seconds. You can then accept these or change them according to your wishes. Here you can find good band name generators:

The name generator creates band names from adjectives, special places that are related to your band or the singer's first name. You can also specify a specific animal, color or season here. The end result is a long list of potential names.

Searching for the band name with the band name maker is simpler. Here you just type in a single word and you will immediately receive a suitable band name. If you're just looking for a little inspiration, you've come to the right place.

The Band Name Generator works completely at random. All you have to do is click a button and the website will show you a name. Now you can decide whether you think it is good or bad before the next name is displayed.

In the following we summarize again what the perfect band name should look like.

You see: Find band names is not that difficult if you stick to a few tips. With a band name that you like and that fits your band and their songs, gigs are even more fun and your fans will remember you even better.