Why is Britain vulnerable to terrorism?

Will terror come to the UK after the coronavirus?

On the evening of June 20th, a fine, sunny summer's day, terror struck Britain without warning. The 25-year-old Khairi Saadallah ran armed with a knife into a park in the city of Reading and stabbed three people who had gathered there in a large group "indiscriminately and wildly", according to the prosecution.

For Neil Basu, head of the UK counter-terrorism police, the deadly attack was no accident. He sees a connection with the Corona crisis and the strict restrictions on going out. For the terrorist, extremism is like a disease that has now "reappeared" after the pandemic has subsided.

Basu is not alone in this concern. Experts fear that during the lockdown, socially isolated and disadvantaged people in particular spent a lot of time on the Internet without jobs - and could thus become easy prey for radical groups or individuals on the Internet. 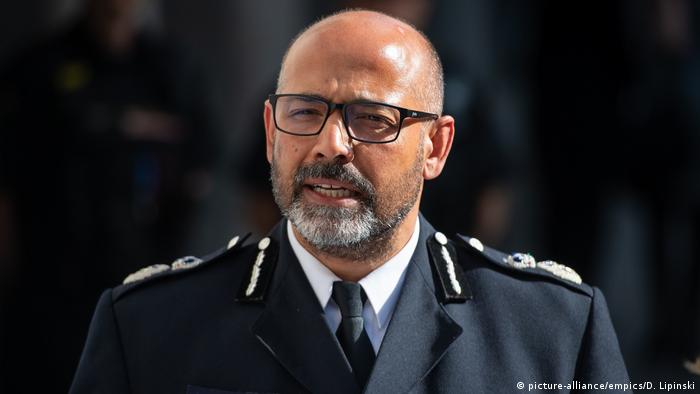 "Isolation can exacerbate grievances that make people more vulnerable to radicalization," said Nik Adams, chief police officer responsible for combating extremism. The extremists knew that in this situation they could more easily seduce those affected, "often using topical issues as a hook to lure them in".

Islamist fundamentalists, for example, used social media to justify the occurrence of the coronavirus with God's anger against the West. They urged their supporters to attack precisely at the time of the pandemic because the governments were concerned with the public health emergency and less with security, that was the logic.

Right-wing extremists do a great job

During the Corona crisis, Great Britain's anti-terrorism strategy "Prevent" could not be applied properly either. The program is designed to prevent extremist violence - with the help of teachers, health care workers, social workers and religious leaders. But with the sudden closure of schools, authorities, youth centers and places of worship, this was only possible with great difficulty, and personal contacts were no longer necessary. In the first month of the lockdown, 50 percent less vulnerable people were referred to "Prevent".

Right-wing extremists have used the COVID-19 crisis the most of all groups to get their messages across, experts say. Even before the corona pandemic, the right-wing extremist threat in Great Britain - as in other European countries - was growing at an alarming pace. "The right-wing extremists in particular have done a great job of capitalizing on the various conspiracy theories and racist sentiments that have been associated with the coronavirus," said Jessica White, a terrorism expert in the Royal United Services Institute's think tank. 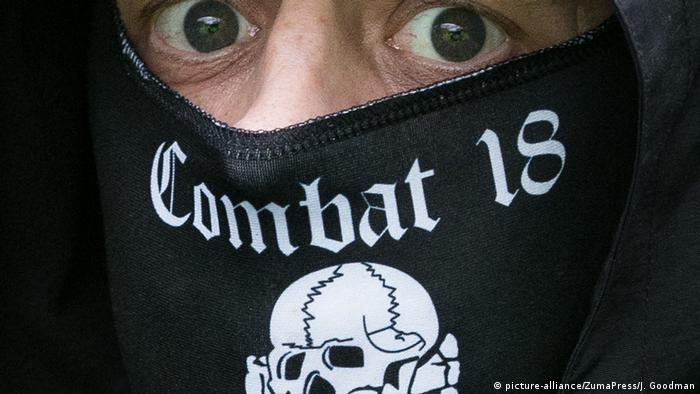 Right-wing protester in Dover: Experts fear that right-wing extremism could expand in the Corona crisis

According to the authorities, this form of right-wing propaganda has taken many forms. They range from claims that certain ethnic groups are the fastest to spread the infection to theories about Chinese involvement in the creation of the virus.

Scientists argue that people caught in a cycle of unemployment and lack of prospects are often more prone to this type of disinformation. They fear that an economic downturn after the end of the pandemic could further increase the risk of radicalization. Because poverty and deprivation could also contribute to radicalization, says White.

More vulnerable than ever

In a very practical sense, too, the British could now be at increased risk. In recent years there have been more and more terrorist attacks in which a vehicle crashed into a group of people. This phenomenon could spread further if public life were increasingly outdoors, in line with COVID-19 containment measures, scientists warn. 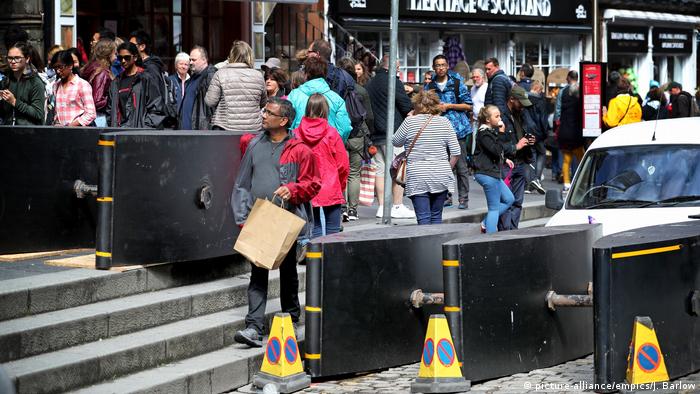 Safe protection for pedestrians is more important than ever, as here at a festival in Edinburgh in 2017

"It was highlighted that the risk of infection is significantly lower outside than inside, and consequently people are being encouraged to make more use of public spaces," says Alasdair Booth of Loughborough University. This will likely increase the vulnerability of the population.

To reduce the risk, the authorities would have to examine ways to protect pedestrian zones and other outdoor areas, said Booth. Such as reinforced bollards that are strong enough to stop an oncoming vehicle. But that alone will not help against growing extremism.