How do you gracefully condescend?

Texting: Finding words that others are looking for 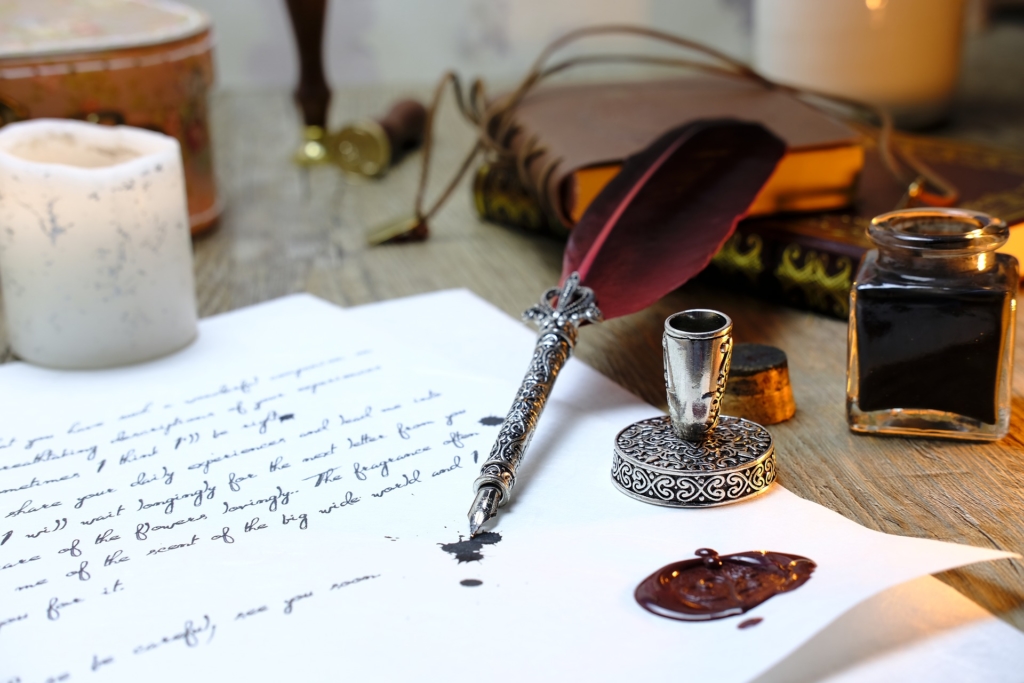 No, as a copywriter you don't - or maybe only rarely - spill ideas onto a piece of paper so gracefully. Rather, it is the impatiently vibrating screen that makes you shudder, if the sparking thought is missing, the flash of inspiration that illuminates even the darkest worlds. Because if one had believed far away from the desk that one could write about everything, yes, ABOUT SIMPLY EVERYTHING, one is immediately filled with repentant humility, even after hours of devotion the divine inspiration will not condescend to one.

Fortunately, in enlightened times, we are not solely dependent on divine support. We are passionate copywriters, always. We have also learned the trade, have the appropriate tools, a lot of practice and, in the best case, of course, a talent to find words that not only sound good, but also convince and possibly even go to the heart of one or the other. At least arouse interest.

In any case, regardless of whether the short and crisp slogan, the luck, shine, glory or whatever promising flyer text, the information-filled instruction for high-gloss brochures or the correspondence conducted on you and you in the urgent networks: It applies to every copywriter to find words with the help of words for customers and buyers who should definitely understand or at least guess what is in store for them: a temptation - and a promise.

Texts: worth a story

Even the brittle content needs a story. That is probably the only, at least the essential, trick when writing a text. And the great difficulty. To create their own dramaturgy that brings the given subject to life with words, can captivate and convince the reader, convey the message - no matter how profane - as an insight that opens up a "new world" for him (whether actually or only apparently we leave it open). For this, what needs to be written has to become tangible for the reader ... or also remain inaccessible - well, another balancing act. The product - be it one to touch, put on, use up or just to be amazed at (because for some people it may be inaccessible and far away) needs a «where from» and a "where to". It requires its own genealogy, so to speak, that justifies its appearance in the world of desire, and a future prognosis that promises the potential customer in the here and now what he should dare to dream of.

But the sound makes the music

When “inventing” such a story, it is crucial to find the right tonality, the “sound” that creates and determines the atmosphere - regardless of the hard facts. Who am I telling my story? Who do I want to reach? Seduce whom to pay attention to me over short and long lines? And then how should the tone be chosen? Direct and offensive or cautious and cautious? Young, dynamic, with somersaults or epic, thoughtful and calm? Close to the reader, empathetic or strange, in order to arouse curiosity in the best case? Playful or factual? Impertinence or promise? - Eons of possibilities open up ...

And yes, if you look at the history of individual products including their caption, you will of course find this diversity and versatility again: Was it the down-to-earth “Persil”. You know what you've got. " Certainly its market value in the seventies without any big words, after the turn of the millennium it is «mega-caps», «duo-power» and «power-mix» that prompt customers to find «perfect», «radiant» and «active purity» without hesitation " to lead.

The tone changes - according to the reinterpretation of the product and its image, according to the addressees and simply anyway over the years. Conclusion: So where the right note is not heard, there is no consuming eavesdropper ... and no applause clapping tweet makes the round of buyers.

… Yes what? To be specific about the process of writing: Actually, this always follows the same pattern, a procedure that has proven itself with deviations over the years. The first step is the briefing by the client, after which the present content is viewed. You research and collect material, look at what the customer himself, but also elsewhere, is and was on this topic. Here you create and organize your small stacks: a) facts, b) opinions, c) other things - (or something like that). Then finally the part that is most fun follows, the phase with the euphoric “about simply everything” (see above): the so-called brainstorming, in which every thought is allowed, all associations are desired and (almost) no mental aberrations are prevented become. First of all, everything can be put on paper. Individual words, scraps of thought, coarse and crude formulated introductions or excerpts, word images, quotations ... If a certain tone of voice emerges here: Bravo !, and a kind of story on top of that: Sapperlot!

This is followed by the creation of a structure and the arrangement, if it is a more extensive text form. Then it means «simply»: write, revise, text, revise, revise, revise ... Once the text is there, you are happy and put it aside if time allows. Because the revision does not usually end after such a maturation phase. But once this time has passed, you leave the editing and proofreading in the hands of knowledgeable, critical and (hopefully!) Well-meaning colleagues. And you hope the text will find its way back to your desk in a recognizable way. After all, you send it and now you just look forward to the customer's response. Whatever it may be, you want it to be quick.

Because even if, as mentioned at the beginning, it is a practiced craft, the creation of a text is always a new undertaking that resembles an adventure. An adventure whose very own story can at best be found in the text, which makes it unique and worth reading - and not just for the writer himself.

The little anecdote about a famous colleague proves that “true” stories are hidden behind texts, no matter how banal at first glance:

For his promising slogan “A car to survive in” none other than Bertolt Brecht was rewarded with a new vehicle by the automobile manufacturer Steyr. It remains to be seen whether such an advertising banner would still hit the nerve of potential buyers today. It is interesting, however, that this advertising slogan was already the result of a follow-up order, because the young Brecht, who was in dire financial straits, had previously submitted the following deal to Steyr: "Offer advertising poem, want road cruiser". Steyr, who got involved, received the following line from the poet: «Our engine is: A thinking ore» ... and handed over the negotiated vehicle to him without a murmur. But it was precisely this that the young hero immediately steered into the ditch and drove it to scrap ... But himself had survived. Et voilà, the new slogan (see above) had almost written itself.