AT&T is cheating customers: LTE is referred to as "5G E"

AT&T is one of the first cellular network operators in the USA to already operate a 5G network in some cities. Smartphones are not yet available for the new standard. Only with the mobile hotspot from Netgear, which we have already presented, is it currently possible to use the new data network.

Nevertheless, there are customers of the American cellular network operator who now and then already read the word "5G" on their smartphones. This suggests that the new network standard is being used. In practice, however, this is not the case. Rather, it is an AT&T advertising stunt.

Smartphones made "5G-compatible" with a software update 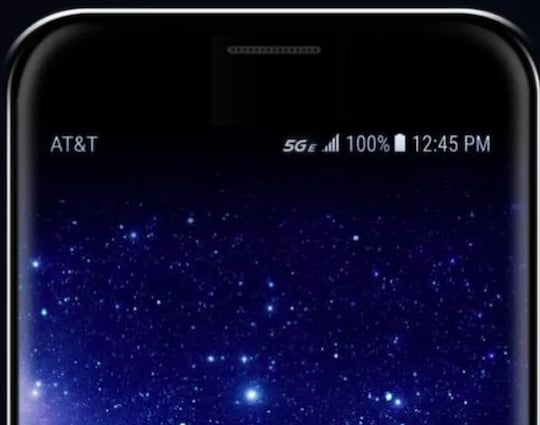 5G E is not 5G
Photo: The Verge As reported by The Verge, AT&T has released software updates for the Samsung Galaxy S8 Active, LG V30 and LG V40 smartphone models. Depending on where the owners of these telephones are and which network standard is available there, they will now see "5G E" instead of "LTE". The "E" is shown smaller than "5G" so that it may not be noticeable at first glance.

The report goes on to say that AT&T will gradually bring this ad to up to 17 other smartphone models. The wrong display should always appear when the LTE network is available with a higher capacity than usual. In practice, we are therefore dealing with LTE Advanced, but not with the new 5G standard. The network operator already offers "5G E" in 400 markets. The "E" stands for "evolution"

The AT&T competition does not participate

AT & T's competitors are amazed and laughed at the false ad. Just for fun, T-Mobile called the LTE network 9G. The other American network operators apparently do not want to follow the example of AT&T. T-Mobile, Sprint and Verizon only want to use the 5G logo when the new technology is actually used.

AT & T's practice of decorating its own cellular network with "fake feathers" is not new. American mobile radio operators also called the HSPA expansion of the UMTS networks "4G" at the time. When LTE was really introduced, the then new standard was named "4G LTE".