Computers, cell phones, self-driving cars - Gordon Moore prophesied all these technologies half a century ago in a famous article that appeared in the trade journal "Electronics" in 1965. They are made possible thanks to the continuously increasing capacity of modern computers. In his essay, Moore also outlined how this computing power would evolve over the next decade. Now the world of technology is celebrating a forecast for the future that is still proving to be valid with astonishing accuracy - and that after exactly 50 years.

His prediction is known today under the name "Moore's Law" (or in German Moore's Law) - much to the chagrin of the namesake, because he never liked to hear this term: "During the first 20 years I was able to use the name 'Moore's Law' Don't put it in your mouth at all. I was uncomfortable, "admitted the 86-year-old visionary in an interview with columnist Thomas Friedman of the New York Times. "In the end I got used to it. Today I can pronounce it without changing my face." 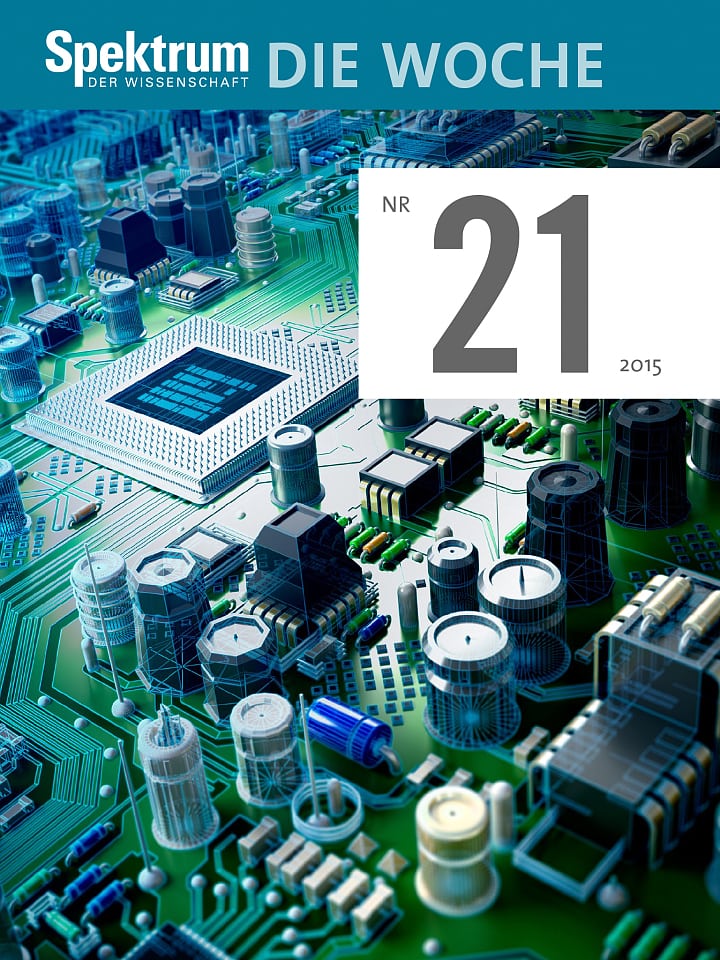 At the gala event in the Science Museum Exploratorium, Friedman chatted with a visibly good-humored Moore, who gave useful advice to his delighted audience, such as that after a successful forecast it is better to avoid any further forecast. In the background, the latest technical gadgets from Intel, which Moore once co-founded, buzzed peacefully: drones with collision avoidance systems, dancing spider robots, a printer for Braille - technologies that were all made possible through improved computing power, exactly as Moore's law had predicted.

Of course Moore's "law" is not an irrevocable natural law like the law of conservation of energy or the law of gravitation. Rather, it is a prediction of how many transistors - i.e. electronic switches that represent zeros and ones - can fit on a silicon chip. According to Moore, their number is set to double every two years.

This doubling leads to a rapid increase in computer performance without increasing costs at the same time. The result is laptops and other handbag-sized devices - with immense performance and at comparatively low prices. The principle behind it is also thanks to voice-controlled search technologies such as Siri. It takes tremendous computing power to analyze spoken words, translate them into digital format, and then interpret them to provide a spoken answer in seconds.

The extent of this development can be better understood if one imagines that Moore's law also applies to cars, as Intel's CEO Brian Krzanich recently did. If the VW Beetle from 1971 had been further developed over the past 34 years at a speed analogous to Moore's law, Krzanich explained, "it would be possible today to drive this car 300,000 miles per hour. One gallon of gasoline would get you two Millions of miles for just four cents. "