What happened? Two men "invented" pink disposable gloves with which menstruating feminine hygiene items can "hygienically" and "discreetly" dispose of when they are out and about. The "Pinky Gloves" can be pulled on to remove a tampon and then act as a non-transparent garbage bag.

The 32-year-olds presented their product at the start-up show "Die Höhle der Löwen" on the German private broadcaster Vox - and were awarded the contract by investor Ralf Dümmel, who wants to acquire 20 percent of the company's shares for 30,000 euros.

When I checked my Instagram feed last night with already tired eyes and the Pinky story jumped out at me, I was very annoyed like countless others (#pinkygate) - after I wasn't so sure at first whether it was it was not a belated April Fool's joke. 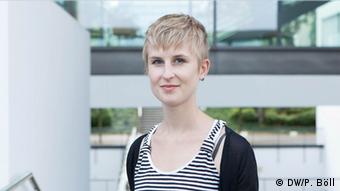 Because you have to ask yourself: Do the self-proclaimed "women who understand" mean business when they say that with their product they want to "make life easier for women on the days when everyday life is particularly tough"? According to Eugen Raimkulow and André Ritterswürden, who got to know each other in the Bundeswehr, many women "even completely forego going out and hobbies" during their period because there are often no trash cans and no opportunity to wash hands.

Personally, I don't know anyone who hides at home during their days because they fear that they won't be able to get rid of their tampon or other hygiene items elsewhere. But if something like that is to be feared (of course, such a situation can happen) - what keeps you from taking another perfectly normal disposable glove or a plastic bag with you? The only innovation of the Pinky Gloves is that they can be closed with an integrated adhesive strip!

Pink, of all things

The fact that the founders really believe that they would revolutionize menstruating lives with a clichéd pink glove of all things was met with much criticism and ridicule. Many also see it as pure sexism. At least the concept of the Pinky Gloves is incredibly naive.

I can't understand how Raimkulow and Ritters would NOT have expected beforehand that they would get a shit storm - that was so clear! Because a movement has long since emerged that tries to remove the taboo on menstrual bleeding. And now these two types come along who want to contribute to the "hygienic removal of a tampon" with their "clean, leak-proof and odorless" glove. Because that would be even better if women had to touch themselves down there - Yuck!

Just like sanitary napkin advertising, in which menstrual blood is shown as blue or clear instead of simply red, the Pinky Gloves help to present the period as something disreputable or disgusting that must be hidden from the eyes of others. 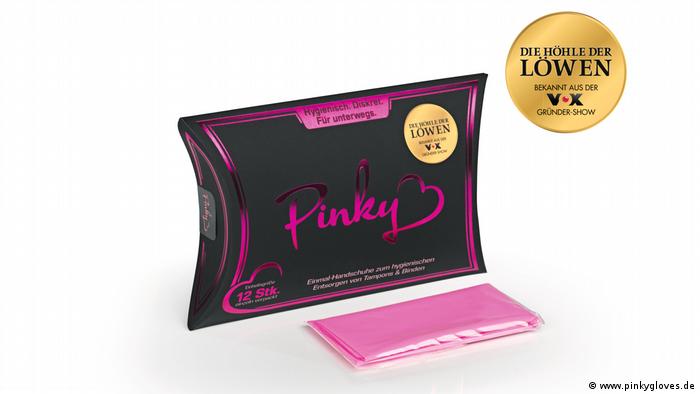 The Pinky twelve-pack for 2.99 euros - not exactly cheap for disposable gloves

Even more plastic to throw away

And then there is the environmental aspect. In the past few years, more and more sustainable alternatives to tampons and pads have appeared on the market - menstrual cups and period underwear, for example. Because if you calculate that half of the world's population menstruate for decades and often use disposable products such as tampons, that adds up to a lot of rubbish. In this respect, too, the Pinky Gloves look out of date, as they mean additional plastic waste on top of that.

By the way, it is a fun fact or much more sad that almost two years ago two founders presented menstrual underwear in the same show - but at the time they went home with no investment. Makes sense right?