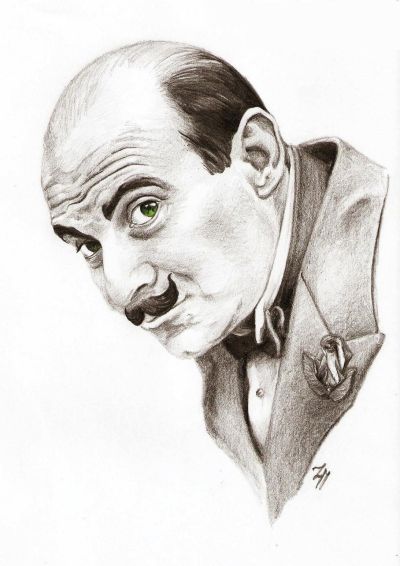 He is described by Agatha Christie as a small, plump man (under 165 cm) with an egg-shaped head and a sharp, logical, functioning mind and an exaggerated sense of order. He has a penchant for perfection and loves straight shapes. His love for elegance, beauty and precision, as well as his eccentric idiosyncrasies are often ridiculed by the local bumbling police officers, but it is always Poirot who has the last word.

Agatha Christie never thought how popular Poirot would become, nor how many stories she would write about him. He plays in 33 novels and 54 short stories, including some of Christie's most successful titles such as Murder on the Orient Express and Death on the Nile.

Order and method are his gods. He is without a doubt a head person who follows his goal of exposing the criminal in an absolutely straightforward manner.

The gray cells made him famous and enabled him to solve the most complicated cases.

"A strange little man with a huge mustache". "....... his clothes are always so flawless, as if a single grain of sand could cause him more pain than a cannonball".

His ego is considered to be extremely large, so he prides himself on not having made any mistakes in his career as a detective. Once, he interjects, when he was still with the Belgian police, he was unable to solve a case properly and misjudged a situation. But he corrected this mistake years later. Poirot is never wrong.

The story begins in 1917 during the First World War (1914-1918). After Poirot leaves the Belgian police as a pensioner, the German occupiers invade neutral Belgium. They destroy large parts of the country, they are accused of some atrocities and go down in history as the "Rape of Belgium".
The population seeks their salvation in flight and tries to get through to allies such as the British. Great Britain takes in many Belgians.

Poirot and seven of his compatriots flee into exile to Leastways, Styles St. Mary, Essex / England. There he finds a patroness in Mrs. Ingelethorp.

Here he meets his friend Athur Hastings by fate or by fate, who, as a war wounded lieutenant, is spending his convalescent leave in "Styles" St. Mary, the Cavendish family's country house. Mrs. Ingelethorpe is the stepmother of John Cavendish, Athur Hastings' childhood friend.

How both Poirot and Hastings meet for the first time is only mentioned in passing, the reader only learns that they know each other from Belgium, where Poirot was solving a case. Hastings describes Poirot as a dandy, always dressed meticulously from head to leg, with emerald green eyes that change color depending on the mood. This probably explains why Poirot is often not taken seriously by the population and is often perceived as a hairdresser.

Due to his demeanor and his graceful, accented pronunciation, he is often taken for a French, he always tries to correct this mistake immediately. He is happy to be Belgian. His mustache, which he especially cherishes and cares for, is his whole pride, he brushes and waxes it, brings it into shape. Very soon it will become his most prominent trademark.

The first case, The Mysterious Affair at Styles, was Agatha Christie's first novel, which she wrote in 1916 while working as a volunteer nurse. It can be assumed that this novel was written for more than a year, since the times (days, weeks, months) in the novel are precisely applicable to the year 1917. For example, “July 16 fell on a Monday.” Or “Tuesday, July 24 ...” Both are only valid for the year 1917 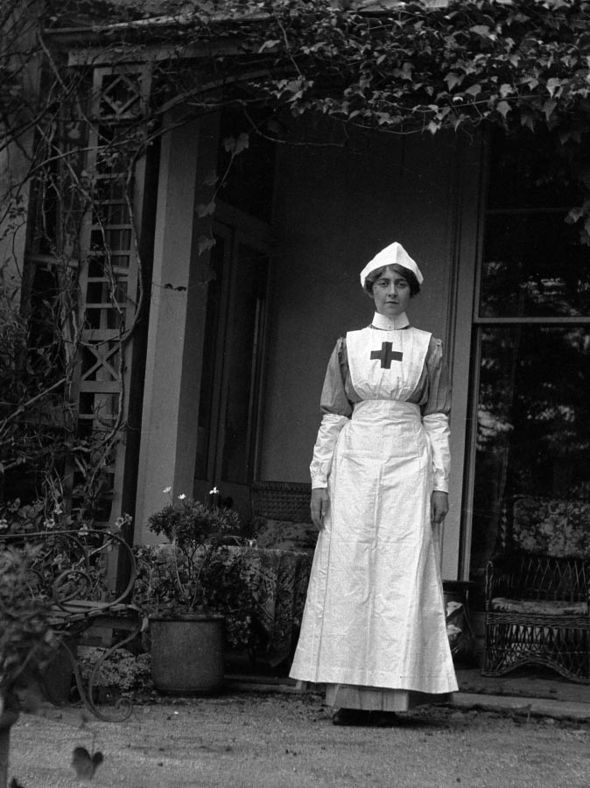 Even then, she describes Poirot as an older gentleman, but he will accompany her work for three decades.

At this point it should be said that Agatha Christie was only 26 years old and anyone between 40 and 50 was older for her. Assuming 1865 as the fictional year of Poirot's birth, he was 52 years old when he retired from the Belgian police force. Not so absurd when you look at the circumstances of the time. Of course, Poirot had to be a sedate middle-aged gentleman, for life experience was a defining characteristic of this figure. Since "curtain" means the end of Poirot and this novel was written in 1945, Hercule Poirot was 80 years old.

His ambition is to retire in the country, far from London, where he would like to grow pumpkins in a small symmetrical house with a garden. In fact, he is trying to take up this hobby in his temporary retirement in his house "The Larches" in King's Abbot. However, this is not very satisfactory as pumpkins do not follow logic. The case "The Murder of Roger Ackroyd / Alibi" (1926) lets him quickly forget country life. He moves back to London, ending his early retirement. This novel is considered a milestone in detective story history, it is referred to as Agatha Christie's masterpiece.

He and Hastings move to 14 Farraway Street in London, then to Whitehaven Mansions, Park Lane London.

His last Fall Curtain (curtain) also takes place in the country house "Styles" St.Mary. Agatha Christie wrote this novel in the 1940s and left it in the safe for 30 years. It was only to be published after her death.

In 1975 the book was published while she was still alive, since a novel came out every year. Agatha Christie, but in poor health, wrote nothing. Agatha Christie died a year later, a year after her detective, so to speak.

Agatha Christie wrote 33 novels and many short stories with the little Belgian master detective.
This list is intended to give an overview (by year of publication) of your work: