Why does India not annex Balochistan 1

In Rawalpindi it is dusty and noisy, traffic honking its way through the crowded streets of the city. Small alleys and run-down houses characterize the picture. Outpatient traders sell fruit and vegetables on huge, improvised wooden carts hammered together. Whole streets are lined with sock sellers and flower binders. Everything is available here, from laxatives to dentures. Chai Wallahs, tea sellers, rush from one side of the street to the other to get their goods to the next customer as hot as possible. For us, the ugly sister is the much more charismatic one.

Everyone does their business here. In Rawalpindi we quickly feel that Pakistan is a country where anything can happen. There are no limits, no barriers, as long as you know how to deal with the given circumstances. 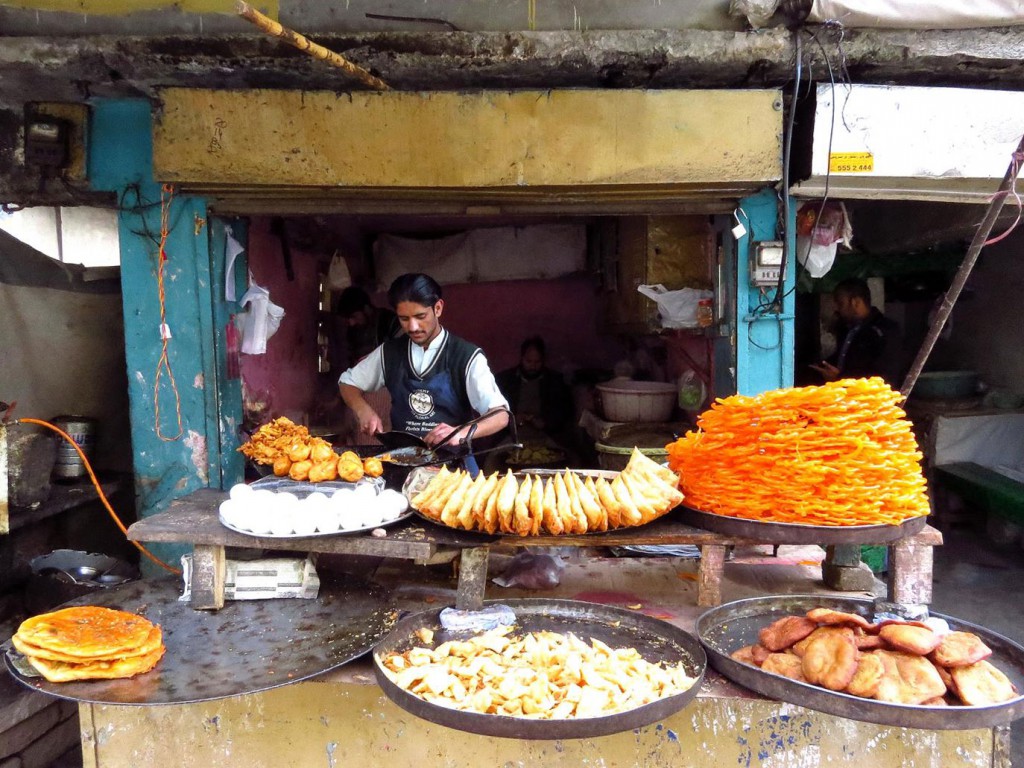 We get to know Babar. The man with a friendly disposition and a thick mustache under his nose, insists on showing us his very personal Rawalpindi - and that lies deep in the dark underworld. Babar, until recently a real estate agent, has dreamed of mafia stories since he was a child. While her peers wanted to become a firefighter or a police officer, Babar had only one wish: to be a godfather.

But a career in the family business, Babar realizes over time, does not correspond to his nature. Babar is not a criminal, just a sympathizer. He retires from the business, but the mafia remains loyal to him. He still meets with godparents and clan heads. During our time with Babar, we also get the opportunity to sit drunk at the table with one of Rawalpindi's mafia bosses.

Our acquaintance pays off: Suddenly the tailor works much faster and we only pay half at the fruit dealer.

But that is not our only contact with the underworld. Babar, it seems, knows everything and knows everyone. Corruption in construction projects? Over there! Illegal sales of contraband? Right this way! Drugs and prostitution? Two streets away!
Above all stands the mafia, which also knows how to take care of the problems of the population. Hardly anyone here in Pakistan trusts the police and state authorities. Instead, the mafia helps with its parallel legislation. 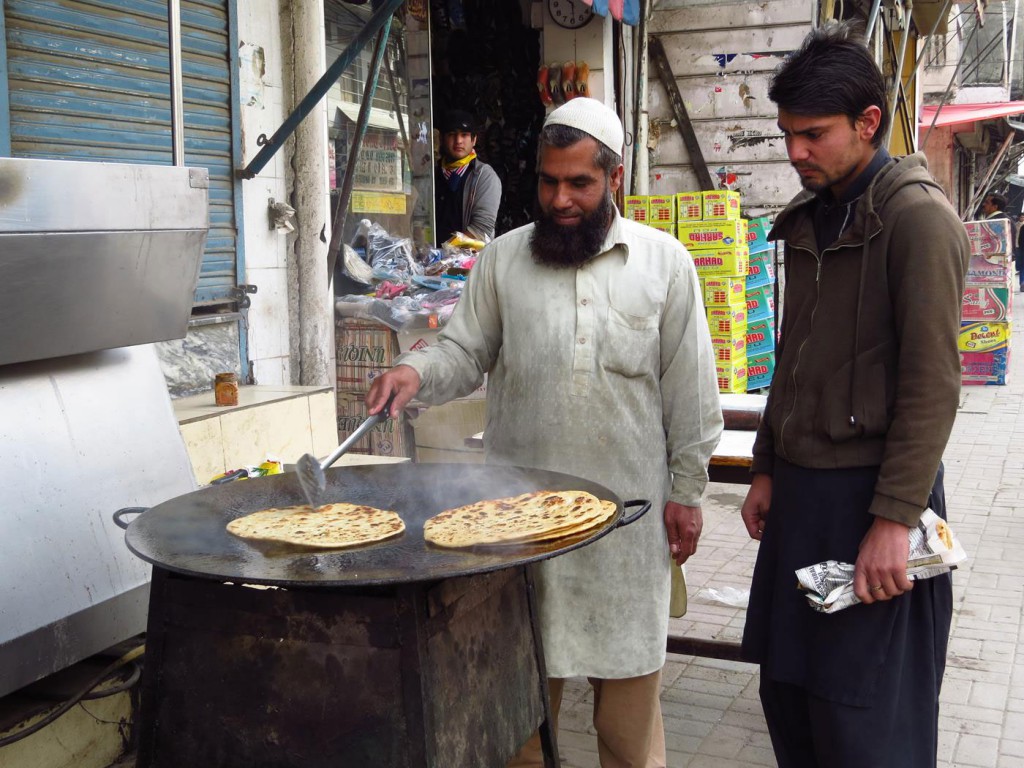 On one of our walks we stop in front of huge walls and a crowd of people who are crowding in front of an ornate iron gate. Dozens of men have gathered here. Some in fancy suits, others in traditional Shalwar Kamiz. They carry chains of flowers and boxes of candy weighing pounds in their hands. In the middle are two white horses, groomed and spruced up.

We stand up to the crowd and in a few seconds Babar is also given a wreath of flowers.

We are about to receive public congratulations on the appointment of a senator. The heavy iron gate opens and reveals a view of a huge property. Rose gardens, fountains, avenues - and at the end of a long driveway a huge villa surrounded by columns.

The crowd streams onto the property, music plays, the horses begin to dance, confetti is raining and an older man with dyed black hair and deep-set brown eyes is adorned with flower chains on all sides, accepts congratulations, smiles sometimes to the left and sometimes To the right. The new senator.

Babar explains to us: Those who are appointed senators in Pakistan only rarely have a strong political career behind them. Instead, a lot of money flowed. A senatorial position for the ruling party costs around eleven million US dollars (in the opposition it is naturally a little cheaper). That is a proud sum that cannot be borne by anyone alone. So if you want to become a senator, you look for sponsors and you look in every corner, even in the dark.

The public congratulations are less a celebration for the newly appointed senator and more an introduction to his financiers.

There is a long table outside the villa. Drinks are served and snacks are served. We look around the site and soon find ourselves in front of the huge entrance door to the villa. Servants rush in and out, a few guests gather in the vestibule and we too enter. Suddenly a man rushes over, promises us chai and energetically sends us to gender-segregated halls. I find myself in a colossally furnished living room. Oil paintings hang on the wall, a crystal chandelier shines from the ceiling, thick carpets dampen my steps, heavy upholstered furniture stands in the middle of the room. It's dead quiet, but I'm not alone. Around twenty men are sitting around me, old and young, in fine suits or leather jackets. Most of them have mustaches, bushy or thinly trimmed. What they all have in common is the dark look. I sit down in the only free space on a couch, dare a friendly "Salaam" and smile shyly at everyone.

No reaction - and if there is, it is only because some frowns get a little grimmer.

I shift restlessly to and fro, looking at the man next to me, a man wearing a leather jacket who is staring straight ahead. I feel out of place and try to escape before the promised chai reaches me.

In the next room I meet Babar sitting in a gold-plated, velvet-covered wing chair. Behind him, a stuffed leopard hisses from the side table, in front of it is a family photo. When I tell Babar about the strange constellation from which I just escaped, Babar bursts into laughter. Babar tells me that I was sitting between Rawalpindi's most important mafia bosses and representatives of various clans. They all supported the new Senator financially and are now expecting something in return. In fact, a little later the Senator scurries past us into the men's room and only a few minutes later the group leaves the villa as a whole. 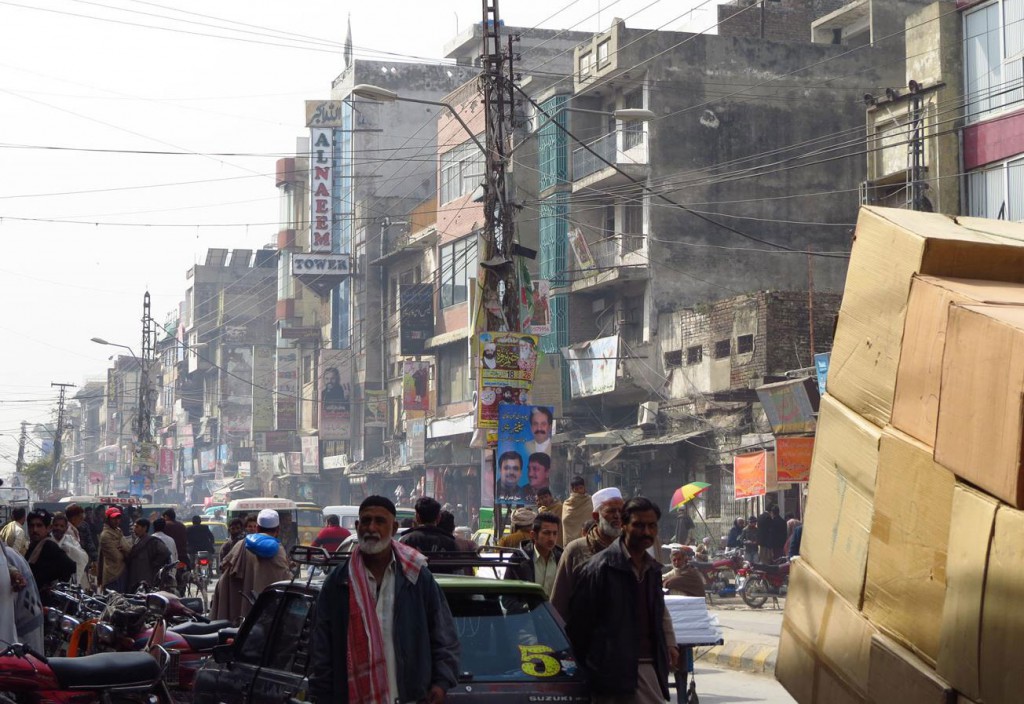 Rawalpindi takes our breath away. We breathe the dirt of the city and can't stop laughing. Where did we get into here? But at some point it will be time for us to go. Via the Karakoram Highway we get deep into the Himalayas.